This town is the winner of Ireland's 2019 TidyTowns competition

The 2019 TidyTown competition saw a record 918 entries from all around Ireland. 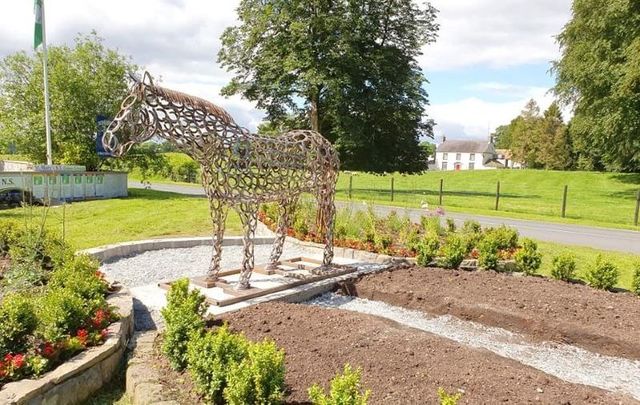 This Co Monaghan town has been named the winner of the 2019 TidyTowns competition Glaslough Tidy Towns, Facebook

Glaslough in Co Monaghan has claimed the title of Ireland’s Tidiest Town for 2019.

Read More: Ireland’s tidiest town named, do you know where it is?

The SuperValu TidyTowns competition is now entering its seventh decade and Glaslough was judged to be the best from a record number of 918 entries to the competition this year. The winner was revealed at an awards ceremony at The Helix in Dublin on September 30.

This is Glaslough's second time winning the top prize after it previously claimed the title in 1978. In 2018,  it won the title for Ireland’s Tidiest Small Village.

Laura Hogan, a reporter with RTÉ, shared this video of when Glaslough was named the winners:

The moment Glaslough in Co Monaghan was announced as Ireland’s Tidiest Town- lots more from #TidyTowns on @rtenews 6.1 pic.twitter.com/NwPP0jPgbx

TD Michael Ring, T.D., Minister for Rural and Community Development and Martin Kelleher, Managing Director of SuperValu, the competition’s sponsor for the 28th year were on hand to present the awards on September 30.

Speaking after the awards ceremony, Minister Ring said: “This is a fantastic achievement for Glaslough who are very deserving winners.

"I want to congratulate Glaslough and all of the other deserving prize-winners announced today.  The work of all those involved in the TidyTowns effort results in the attractive and welcoming towns and villages we see all over the country, and from which we all benefit.  It is this passion and pride that has made our towns and villages not only attractive and welcoming for visitors, but have created a ‘sense of place’ for those who live, work and raise families there.  That is why this competition has continued to flourish for more than 60 years."

Minister Ring also announced a special allocation of $1.5 million (€1.4 million) to support the work of individual TidyTowns Committees around the country to assist them in their continued efforts to enhance their towns and villages. This is the third year in a row that Minister Ring has allocated this funding to support the work of the TidyTowns Committees.

Read More: Ireland's best-kept town can be found in this county

You can learn more about this year’s winners in the 2019 TidyTowns results booklet. Results are divided into categories based upon population:

Below, the top three winners in each category for the 2019 TidyTowns competition:

Irish Studio Travel, IrishCentral's sister travel company, can help you plan and book your vacation in Ireland, no matter your budget.

Have you ever visited any of the 2019 TidyTowns winners? What's your favorite town to visit in Ireland? Let us know in the comments!