Ireland has never looked as elegant or as magical as it does in this latest video exploring the very essence of the country through its past, its present and its people. 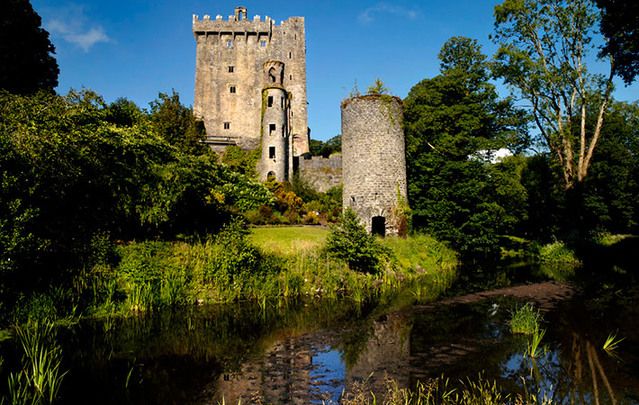 Blarney Castle and the Blarney Stone is just one of many obvious reasons to love Ireland shown in this beautiful video. Tourism Ireland

Ireland has never looked as elegant or as magical as it does in this latest video exploring the very essence of the country through its past, its present and its people.

Sweeping over countryside and city, it looks at every aspect of Irish life, from the memory of lives previously lived in the ancient castles and majestic big houses to the ever-changing cities and towns full of tourists.

Paying tribute to a good Irish cup of tea, our love of a good laugh, our love for our national sports and Irish athletes, the landscape that still manages to amaze us every day and our vibrant history, there is something that everybody can relate to in this beautiful display of the pride of a small nation.

“Flying home to Ireland is like putting on your favorite pair of socks,” says one of many narrating voices, telling us of the craic, the camaraderie and the céad míle fáilte that transforms Ireland from a little island at the edge of the Atlantic into the beloved Emerald Isle.

Read more: Beautiful timelapse of the sun rising on a new day in Ireland (VIDEO)

The short film is the creation of new Irish media company, Sonder Visuals, intent on capturing the character of 28 states of the European Union through similar amazing visuals experiences.

The two-person team--Sarah Fitzgerald and Theo Jebb--will work over a 12-month period to create the series with Jebb using his experience as a cameraman while Fitzgerald produces, manages the brand, and keeps their creation on track.

The general aim of their innovative and experimental web series is to recreate the essence of each of the 28 countries through the voices of those people who live there, traveling to each place to take in the history, the culture, and show it all through their own eyes.

We landed on the moon! The Burren is a unique bare limestone pavement landscape and ecosystem. Hard to believe this was once the bottom of a tropical sea by the equator.. #wildatlancticway #ireland #Clare #TheBurren #Burren #guerrillafilmmaking #filmmaking #DJI #RoninM #GH4 #iphone6 #traveldreamexplore with #SONDER Follow us @sonder_visuals and our Sonder Facebook page for more ��

“It will showcase the landscape and society of each country through our lens and the thoughts and voices of those who call the EU home,” says the Sonder website.

“The series will cover the history, both ancient and modern, of one of the most culturally diverse continents on the planet!”

Starting off in their home country, Sonder Visuals have definitely succeeded in capturing all that Ireland is, from the humor of its people to its gateway into an ancient past.

Read more: Beautiful visual poem for Dublin will make you want to be there right now (VIDEO)