Dublin cinema named one of the most beautiful in the world

The stunning Stella Cinema, a restored Art Deco theater originally built in the 1920s, ranked number 16 on TimeOut's list of most beautiful cinemas in the world. 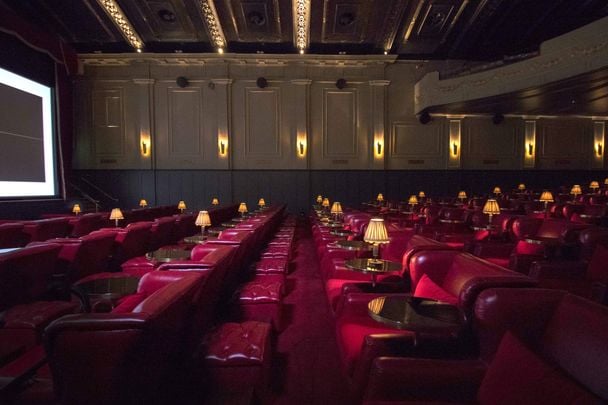 Stella Cinema in Dublin has been recognized as one of the most beautiful movie theaters in the world. StellaCinemas.ie

The Stella Cinema in Dublin has made TimeOut’s list of the 50 most beautiful cinemas in the world.

The stunning theater, which is located in Rathmines, ranked number 16 on the list, which included some of the most gorgeous and luxurious picture houses from Paris, London,  New York, California, and more.

The Stella first opened its doors in 1923. The original Art-Deco style theater, which was designed by architectural firm Higginbotham & Stafford, had a seating capacity of 1,283, making it the largest cinema in Ireland at the time. The building also held a fountain in the foyer and a ballroom.

According to the cinema’s website, the renovation uncovered the building's unique 1920s features, including the original facade with granite pilasters, an Art Deco handrail leading up to the first-floor balcony, decorative ceiling moldings, and detailed mosaic tiling with the original Stella logo. The original suspended projection booth is also still there.

Today, the one-screen theater, which now seats 216, has red leather seats and low-lit lamps on accompanying side tables. In the first row, two-person sofas and double beds are great for cozying up with your movie date.

The former ballroom has been transformed into The Stella Cocktail Club. The elegant cocktail bar,  with a glass atrium and a large front-facing window overlooking the Rathmines main street, is the perfect spot for a pre- or post-show drink.

The Pathé Tuschiniski in Amsterdam took the number one spot on Time Out's list, followed by the Le Grand Rex in Paris in second place, and New York’s Village East Cinema in third.

TimeOut's full list of the 50 most beautiful cinemas in the world can be found here.