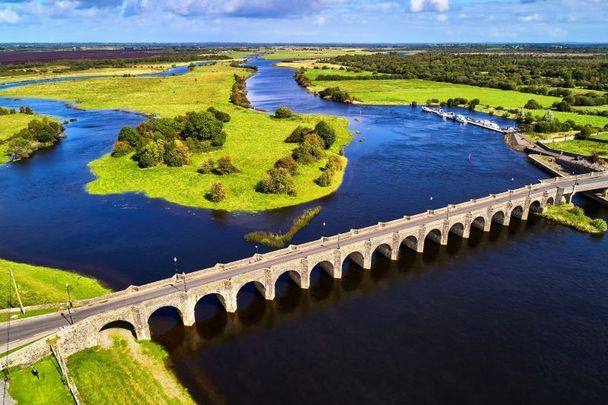 Shannonbrige over the River Shannon in Co Offaly. Getty Images

The River Shannon featured in a recent episode of the series World’s Most Scenic River Journeys.

The show was broadcasted on Britain’s Channel 5 television on Friday, 07 May 2021 to an approximate audience of two million.

The episode highlighted the history and heritage of the Shannon and featured a number of people who live and work along the river.

In the one-hour episode of the popular TV series narrated by actor Bill Nighy, viewers were brought along the Shannon, from its source at the Shannon Pot right down to Loop Head, where the river meets the Atlantic Ocean.

Previous episodes of the program have featured rivers from the Hudson in New York State to the Spey in Scotland and the Niagara, part of which forms the border between the United States of America and Canada, among others.

Viewers saw stand-up paddleboarding on Lough Allen, a boat tour from Carrick-On-Shannon, and a Viking ship tour to Clonmacnoise, as well as JJ Hough’s Singing Pub in Banagher, Holy Island on Lough Derg, the Ardnacrusha Power Station, and the Foynes Flying Boats and Maritime Museum.

Tourism Ireland, which supported the filming of the program last October, said the episode showcased “the spectacular scenery and the wealth of things to see and do all along the river.”

Up to 2 million people across Britain will see images of #Ireland and the River Shannon this evening on @channel5_tv - in 'World's Most Scenic River Journeys - Shannon River'. Here's a sneak preview! #LongingForIreland pic.twitter.com/RGocId3vBz

The River Shannon is the longest river in Ireland at 360km (224 miles), touches 11 different counties, and divides the west of Ireland from the east and south.

The river is named after Sionnan, the granddaughter of Manannán Mac Lir (Son of the Sea) from Celtic mythology and means 'wise' (sion) 'river' (abhainn). 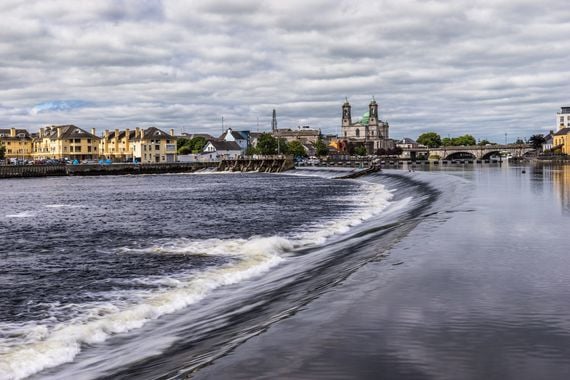