Within a little over a week, three logboats were discovered in the River Boyne by Anthony Murphy while using his drone. 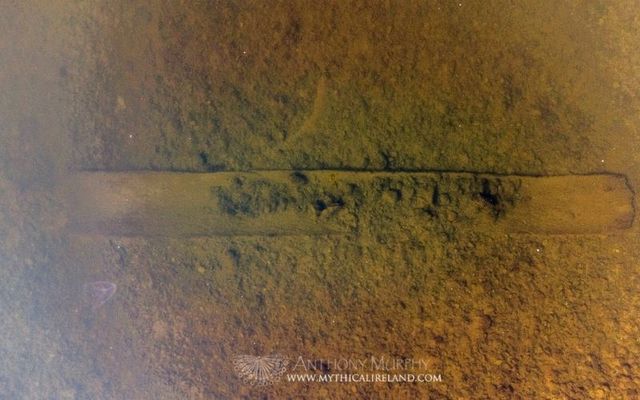 An Irish man discovered three ancient logboats in the River Boyne while flying his drone during the Covid-19 pandemic in April 2021.

Anthony Murphy, a journalist and photographer who lives in Drogheda, County Louth has been regularly updating his blog Mystical Ireland about uncovering these pieces of history.

During the original discovery, Anthony flew his drone over the River Boyne where the sighting of a bottle-nosed dolphin called Kevin had become a talking point in the area. After examining his ariel photos he noticed an unusual shape in the river and returned to the same spot at low tide to take a closer look.

He identified the object as a rectangular-shaped piece of wood that he estimated it to be approximately 2ft wide and possibly 6ft to 8ft long.

It was originally suspected that the object could have been a dugout canoe but experts confirmed the discovery is indeed a logboat.

Irish logboats expert Dr. Niall Gregory visited the site and after careful examination, it's been revealed that the boat had previously been reported to the National Monuments Service in 2020.

"I'm not disappointed about this at all. In fact, I am delighted that public attention has been drawn to a fascinating aspect of our history and archaeology," explained Anthony on his blog.

However, during low tide, a second larger and slightly damaged logboat was uncovered.

Now in a recent blog post, Anthony revealed that he has discovered a third logboat while carrying out an ariel survey of the river between the Bridge of Peace and the location of the second logboat.

"During the course of carrying out a vertical photography reconnaissance mission, I spotted what appeared to be two lengthy, straight timbers in the Boyne about 270m upstream of the Bridge of Peace ... I would say it is perhaps somewhere in the region of 15ft (c. 4.5m) in length."

THIRD LOGBOAT SPOTTED!
I spotted a third logboat in the river Boyne at Drogheda this morning using my drone. It is located about 400 metres downstream of the first logboat I saw and reported on Monday last.https://t.co/yBc5ADlnmh pic.twitter.com/SS4o5xc92i

These incredible discoveries have been even more significant due to Anthony's use of drone photography which brings a new perspective on these ancient artifacts.

The earliest date for dugout logboats is Neolithic, but this type of boat was in use for a very long period of time, with the youngest example dating from 1793AD. The manmade boat is hollowed and shaped from a single tree trunk using axes and adzes.

'Tis the season! Festive and fun things to do in Ireland this winter
How much did Jackie know about John F. Kennedy’s affairs?
Kathleen 'Kick' Kennedy - the scandalous, rebellious, and tragic life of JFK’s sister
Titanic hero Irishman Thomas Andrews epitomized bravery as ship went down
Celebrating Eugene O’Neill on the anniversary of his death
Eyewitness account of a Great Famine workhouse on Christmas Day 1847
Who is the red-haired Irishman beside Messi in the Argentina team?
Famous People who share Irish and Jewish backgrounds
Combat Kelly: Helicopter pilot killed in Vietnam War in 1964