Ryanair slimline seats will offer up a whole inch of legroom on Ryanair flights and make savings leading to cheaper Ryanair fares. 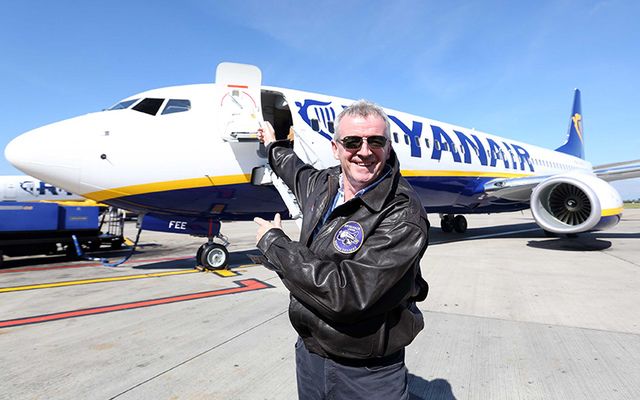 Leading Irish low-cost airline Ryanair has announced the introduction of new slimline seats they are branding a “game changer” for Ryanair customers.

The Ryanair slimline seats may lead long-suffering Ryanair passengers to believe that the budget airline has gone one step further in making the Ryanair flight more uncomfortable, but the opposite may, in fact, be true. While the new slimline seats will, of course, be scrimping further on space so the airline can cram a few more seats in, the changes will see an increase in legroom and wiggle room for your knees and ankles, as well as resulting in savings that will further reduce your Ryanair fare.

The new “Ergonomic Slimline Seats” will be installed on Ryanair’s new fleet of Boeing 737 MAX 200 planes. The first five of these new planes are expected to be delivered in the first half of 2019. The budget airline announced that passengers in these planes will then enjoy 31 inches of legroom thanks to changes made to the back of the seat in front of them, placing Ryanair ahead of their rivals British Airways and Lufthansa when it comes to stretching out your aching legs.

O'Leary says that as part of the 4th yr of Ryanair's Always Getting Better programme the carrier will introduce new "slimline" Zodiac seats pic.twitter.com/hztuuCE7jR

As well as allowing for this extra space for Ryanair passengers, the new slimline seats will also be lighter allowing the airline to pack 197 seats onto a flight instead of the current 189, once again reducing costs for Ryanair which they claim will reduce fares for passengers.

The new Ryanair slimline seats will continue without back pockets on their seats, however, something they have foregone for the past 13 years to save on cleaning costs.

“All Boeing 737 Max ‘Gamechanger’ aircraft, delivered from Spring 2019 onwards, will have the new Zodiac seats announced on Wednesday, with a roomier 31-inch seat pitch, and due to the new sculpted seat back, also provide additional knee and shin room at the same pitch.

Read more: Ryanair boss admits families must pay to sit together on flights

“Since 2004, Ryanair seats have not included seat back pockets, allowing us to maintain our industry-leading 25-minute turnaround, and reduce cleaning costs – which are passed on to customers through lower fares.

“Adding seat pockets to our seats is not something we are asked for by our customers.”

The first five of the ten new planes are expected to be delivered in early 2019 and the remainder in 2020. The increased fleet will enable Ryanair to grow passenger numbers to 200 million by 2024.