From funny specters to strange appearance stories, here are ten of some of Ireland's spookiest encounters with ghosts. 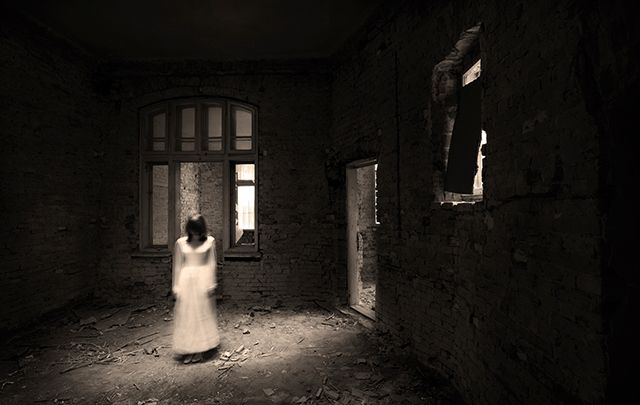 Are these the most terrifying ghost sightings in Ireland? iStock

From the funny to the terrifying stories, ghost sightings in Ireland are a top way to spook yourself out this Halloween.

With the return of some of the best Irish traditions and stories such as Macnas and the growth of our Halloween (or Samhain) festivals, Ireland has become a great place to spend the "Night of the Living Dead". Yet Ireland's ghost sightings are just another reason why it's the top place to spend All Hallow's Eve.

Even if you don't manage to attend any of the organized events, there are plenty of places around the country that will offer a spooky day or night trip at any time of the year.

With a long and bloody history, Ireland has amassed a massive amount of ghosts (or at least ghostly speculation).

From specters to strange appearances, here are ten of some of Ireland's most recent encounters with ghosts and spirits:

Are you a believer or a skeptic? Let us know in the comments section, below.

Virgin and Child on stump, Rathkeale

Run quick if you see this female spirit.

Legend has it that a female specter which haunted the churchyard in Rathkeale, Limerick, was so terrifying that all who looked upon her died soon after.

A local man banished the ghost by slicing off her arm with his sword and praying for the rest of the night.

In an odd coincidence in 2009, the Limerick Newswire reported that a tree stump in the churchyard contains the image of the Virgin Mary and Child and that hundreds of visitors had come to the area to pray.

Was this a ghost sighting or just a St. Patrick's Day parade?

Perhaps a leprechaun sighting? In 1992, a fifteen-year-old boy spied two figures, just over a meter tall, sea-fishing on the Aran Islands in Galway. The figures were each reportedly dressed in green and wearing brown shoes and were speaking to each other in Irish before they disappeared.

One of the small figures left behind a pipe which the 15-year-old witness took possession of, although it curiously disappeared later despite being “safely” locked away.

The phantom woman is said to be waiting for her husband.

In a location known as The Lady’s Stairs at Ardgillan Castle in Dublin, there have been reports of a recurring apparition of a lady, known as the Waiting Lady. The phantom woman is said to be waiting for her husband, who had drowned one night, to return, leaving his wife waiting on the bridge for him.

One version of the story says that whoever sees the Lady on Halloween night will be picked up and thrown into the ocean.

A ghost sighting? Fairies? Or just some normal lights?

Reports are split as to what these apparent Balls of Light spotted in Glenasmole, Bohernabreena Dublin, actually are.

Some locals believe that their lilac color lends themselves to be fairies, while others believe the lights are the manifestation of a lady who lost her way in a snowstorm in the middle ages and died. It’s said that she now manifests herself in these balls of light to guide others home safely.

Roper’s Rest, off Blackpitts Road in Dublin, was the home of Thomas Roper who became Viscount Baltinglass. Local residents have accounted for a headless horseman riding by after nightfall.

Although no specific connection has been established between Roper’s Rest and the horseman, it is rumored to be associated with a gruesome incident in which a member of the Roper family died and was unattended to for several days before burial.

Read more: How the Irish ward off evil spirits at Halloween

Screams of Spanish Soldiers at Dun an Oir, County Kerry

Over eight hundred Spanish soldiers landed in the area of Dun an Oir in 1580, overrunning an English garrison. Spanish reinforcements failed to come, however, and their victory was short-lived when more English troops arrived forcing the Spaniards to surrender and meet their deaths.

Their death throes echo around the area on October 1, the anniversary of their defeat.

Whiskey isn’t the only spirit at this Kerry distillery. In 2007, several people were reported to have seen a robed figure walking around the site which is the oldest distillery in the world, dating back to 1757.

The Westmeath Examiner reports that Derek Acorah, the star of TV`s "Most Haunted" and "Ghost Towns," said he felt "engulfed" by spirits when he entered the distillery.

Weeping Statue in Dungloe at the Kerrytown shrine, Donegal

The Independent reports that on September 29, 2009, fourteen people claimed to witness crosses that formed in the sky above the shrine, before the statue became animated and began to weep.

The shrine has become a popular site after producing a religious apparition seventy years ago.

City of Derry airport. Did it have its own Irish ghost sighting? Image: Wiki.

This Derry Airport, formerly known as Eglinton Air Base, was a thriving location in the 1940s as it served as a base during WWII. The staff there have reported seeing figures dressed in World War Two clothing around the airport. 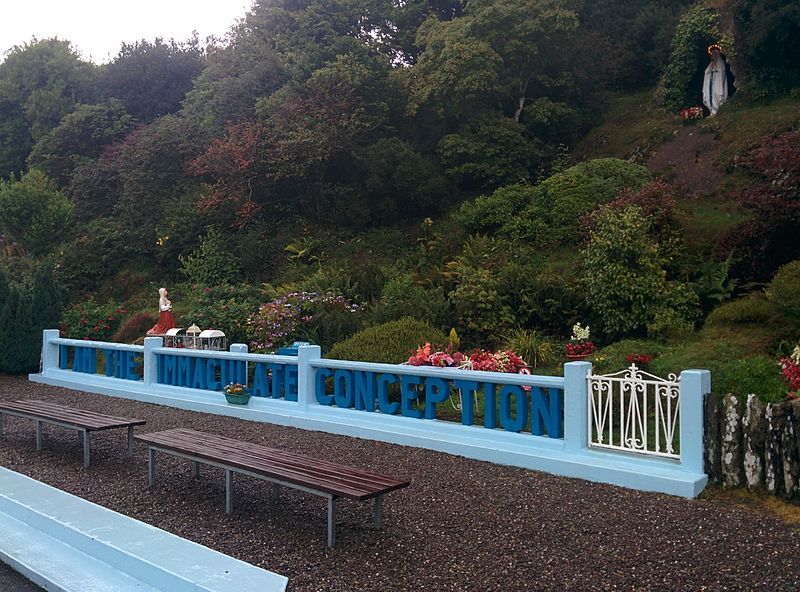 Cathy O'Mahony and her mother observed the statue of the Virgin Mary rocking on its heels on July 22, 1985. The following night they returned with friends who observed the same event.

Since this time, tens of thousands of people have visited the shrine in the hope of seeing something. The Independent reports more recently that O’Mahony stands by her observations, despite others ridiculing her.

Have you ever had a ghost sighting in Ireland? Tell us your story in the comments section.