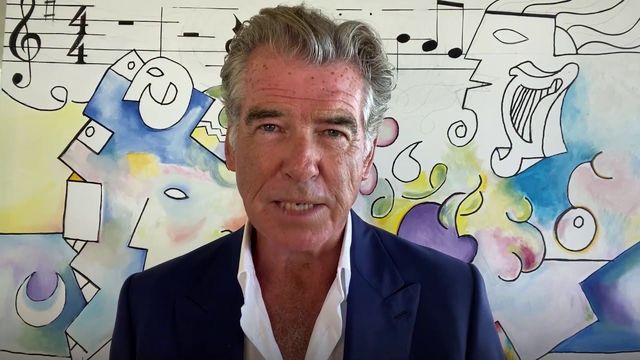 Brosnan teamed up with the Irish Film and Television Academy (IFTA) to shoot the video as part of Tourism Ireland's #FillYourHeartWithIreland campaign that aims to highlight some of the country's most stunning locations.

The former James Bond and Mamma Mia star spoke about his love for Ireland in the short one-minute video that includes shots of some of Ireland's most iconic landmarks.

"What's not to love about Ireland?" Brosnan says at the beginning of the video, introducing stunning overhead shots of famous Irish sites.

"This tiny island has shown the greatest gift of poetry and storytelling," he said as shots of the Ring of Kerry and the Wild Atlantic Way appear on-screen.

The video also includes spectacular footage of Dingle, the Skelligs, Ross Castle, and Cahergall Stone, but Brosnan says that he misses Irish people more than anything else.

"What do I miss about Ireland? It’s the people. The sheer stamina and life force of Irish people from this great, beautiful landscape."

Brosnan, who now lives in Hawaii, also reflects on his Irish roots and his Irish childhood in the one-minute clip.

"I’m a Navan man, in Co Meath, I left Ireland when I was a boy, I was 11. So, over these many decades now going back, there’s always something great to discover."

Tourism Ireland hopes that the #FillYourHeartWithIreland campaign will inspire people to visit Ireland once international travel is allowed once again.

"While we may not be able to travel just now, this video will inspire people for their future visit," said Tourism Ireland’s Director of Markets Siobhan McManamy.