J.R.R. Tolkien's inspiration for “The Lord of the Rings” and “The Silmarillion” come from the karst landscape of the Burren region and Celtic legends of the west of Ireland. 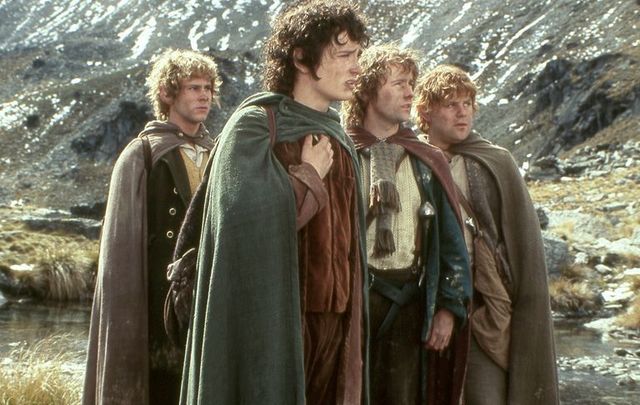 Today, Sept 22, is Hobbit Day a celebration of the wonderful creation of J.R.R Tolkien but did you know about these links between Ireland and The Lord of the Rings?

While The Shire, home to Frodo and Bilbo, in Peter Jackson's movies rests in New Zealand, not many people know that J.R.R. Tolkien's inspiration for his masterpieces “The Lord of the Rings” and “The Silmarillion” come from the karst landscape of the Burren region and Celtic legends of the west of Ireland, County Clare.

Following a 2014 trip to examine the original J.R.R. Tolkien manuscripts and papers at Marquette University in Milwaukee, WI, Derry native, and Tolkien scholar Dr. Liam Campbell discussed his research findings and their outreach in terms of how the English writer’s acclaimed work has profound and traceable interconnections with Ireland at the Burren Tolkien Society Festival.

Dr. Campbell, who is a Lecturer in English Literature, Language & Creative Writing at the University of Ulster and North West Regional College, said, "An unexpected body of evidence is beginning to emerge that unmasks Ireland and, the Burren in particular, as a significant influence on Tolkien’s creative imagination.”

One of Campbell’s most significant contentions is that Irish myth and the landscape were deeply embedded in Tolkien's original concept for his imagined secondary world of Middle-Earth and that this conceptual inspiration, in the wake of Tolkien’s visits to Ireland, became copper-fastened during later revisions and rewrites.

“My wider research into Tolkien, Ireland, and the Burren has been given real and unforeseen direction through my engagement with these original Marquette papers. Ireland and, in particular, the Burren, it seems may have played a key role in Tolkien’s conceptual design for masterworks such as 'The Lord of the Rings' and 'The Silmarillion,'" explained Campbell.

Tolkien visited the west of Ireland on many occasions and spent considerable time in the Burren when he held the position of External Examiner to the English Department of NUI Galway between 1949 and 1959, during which time he revised and published 'The Lord of the Rings.' Diarmuid Murphy, a former head of the English Department at NUI Galway, became firm friends with Tolkien during his time in Ireland.

Campbell says, "My research has shown that some very late alterations to 'The Lord of the Rings,' including an entire very late passage that speaks of a risen and rugged landscape, very much mirroring the Burren in some extremely revealing and specific aspects. Having knowledge of Tolkien's editing techniques, researched for specific evidences, and knowing of the chronology of Tolkien's rewrites, I can place this addition to a main section of 'The Lord of the Rings' to amongst the very last things to be added – and thus after the period he had actually experienced the Burren for himself."

Read more: “Lord of the Rings” eat your heart out - unearthly footage of the Burren

Campbell noted that there are also clear parallels to be drawn between the Tuatha de Danann, Tolkien's Elves, and their lands in Tolkien's fiction.

He continued, "Tolkien was very conversant with not just Celtic Mythology but the specifics of the Tuatha de Danann and even mentioned them to his son Christopher as an inspirational founding myth for aspects of his fiction. This relates also to the great wars between the Tuatha and the Formorians, which are echoed in and ring through Tolkien's major narratives in very profound ways that connect the landscapes of the Burren and the West of Ireland to the landscapes of Middle-earth."

"If we add all this to the fact that Tolkien would often take a sketch pad with him and actually created detailed drawings and even watercolors of the Irish landscape, we certainly have something noteworthy here," concluded Campbell.

What links have you noticed between Ireland and The Lord of the Rings? Share in the comments!