Around 87% of tourism at Irish whiskey distilleries comes from overseas. 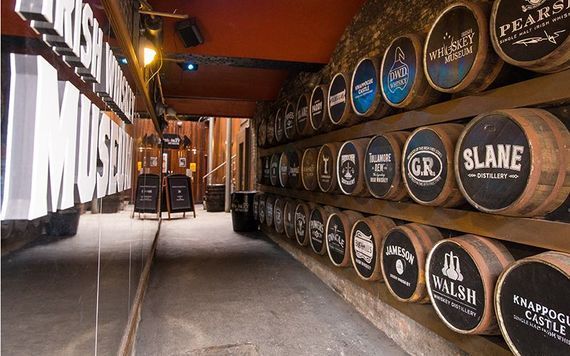 Irish whiskey distilleries are in desperate need of domestic tourism if they are to survive the colossal loss of overseas visitors, according to Drinks Ireland.

More than one million people visited Irish whiskey distilleries in 2019, but more than 87% of those visitors were overseas tourists.

William Lavelle, Head of Drinks Ireland, said that the whiskey industry was one of the most at-risk industries during the COVID-19 pandemic due to its dependence on foreign tourism.

Lavelle, who is also Head of the Irish Whiskey Association, helped to launch "Get into the Spirit", a Drinks Ireland campaign urging Irish people to support whiskey distilleries.

He encouraged Irish people to visit local distilleries to provide a boost to business, adding that people may encounter hidden gems along the way.

"While increased domestic tourism cannot fully make-up for the fall in visitor numbers from overseas, getting more Irish people through the doors of distilleries over the coming months will be critical to ensuring their future viability.

"So we’re hoping domestic tourists will support the industry, and use this summer as an opportunity to discover the hidden whiskey gems that are on their doorstep," Lavelle told the Spirits Business.

The Drinks Ireland Head said that all whiskey distilleries had implemented the appropriate safety measures in light of the COVID-19 pandemic and said that the distilleries offered something for everyone, not just whiskey aficionados.

"Irish whiskey visitor centers are not just for whiskey fans – they offer a cultural and historical experience, where visitors can learn about how whiskey is made, the history of the local area, taste whiskey, and sample local cuisine.

"Whether you’re a couple looking for a fun date experience, or a group of friends looking to catch up after a difficult few months, we would urge people to get back into the spirit of discovery and friendship and support local brands, by including an Irish whiskey visitor center in their summer plans."

The Irish whiskey industry had been growing exponentially prior to the current health emergency.