WATCH: Vintage footage shows how Ireland ushered in springtime in the 1950s

Winter got you down? This vintage Irish footage proves that there's no place quite like Ireland to ring in springtime. 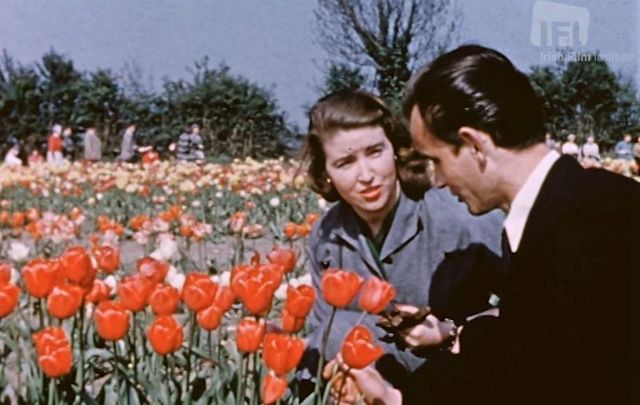 "Ireland in Spring" highlights why there's no place better in the springtime than Ireland. Irish Film Institute

Has winter got you down? You can perk up knowing that we’re (finally!) nearing its end as springtime is only a few weeks away.

And where else is better to ring in the new, mild season than Ireland?

In 1957, Fáilte Ireland (formerly Bord Fáilte) produced the below video, which has been preserved by the Irish Film Institute, to highlight springtime in Ireland.

The IFI writes: “Ireland is beautiful all-year-round but spring is when it really blossoms. Produced by Colm O’ Laoghaire (director of the Amharc Éireann newsreels for Gael-Linn) this film is a celebration of all things Irish and a delightful window on 1950s Eire.

“The film focuses on An Tóstal (Irish for “The Pageant”) which was a series of festivals and events established in 1953 to celebrate Irish culture and draw more tourists to the country. The wealth of events and happenings in the country are shown.

“In Dublin, President Sean T. O’Kelly launches a parade featuring flower-festooned floats from Aer Lingus while outside The Pale we see Gaelic football and hurling, fly fishing in Lough Corrib, and a traditional music festival in Ennis. The film was produced in 1957 for Bord Failte Éireann and released in 1958.

“An Tóstal events were hosted around the country from 1953 until 1958 when they ended everywhere except in Drumshanbo in Co Leitrim where an annual festival still takes place today. The local pride engendered by An Tóstal inspired annual clean-up plans which were formalized into the National Tidy Towns Award, which is still going strong.

When's your favorite time of year to visit Ireland? Let us know in the comments!