Ireland's Department of Foreign Affairs has announced changes to its Green List that will come into effect on September 28. 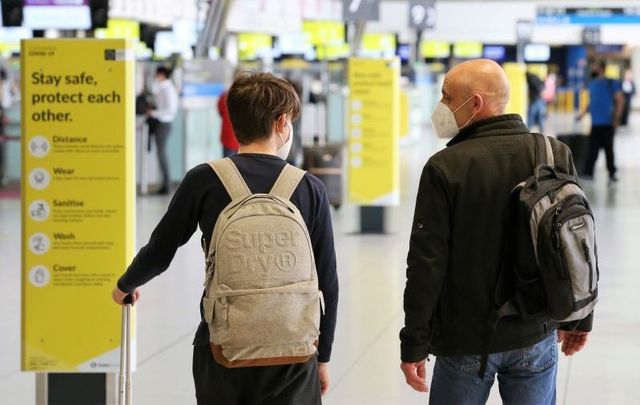 Ireland’s Department of Foreign Affairs has made changes to its Green List for travel that will go into effect this Monday, September 28.

On Thursday, Ireland’s DFA announced that its "Green List" for travel has been reduced to just four European nations. The changes will come into effect on Monday.

📣From Monday 28 September, the countries listed below will be covered by the ‘Green List’

The general advisory to avoid non-essential travel remains in place for countries not on the list. pic.twitter.com/3ucTrXHu67

The Irish Government agreed on September 15 that, for the period ahead, Ireland's ‘Green List’ will be updated on a weekly basis to include EU / EEA countries with a 14-day cumulative number of COVID-19 cases per 100,000 of 25 or less, based on the latest data from the European Centre for Disease Prevention and Control (ECDC). Updates are being made on the basis of data each Thursday, with changes taking effect from the following Monday.

The updated ‘Green’ (normal precautions) List outlined below is based on ECDC data on Thursday 24 September and takes effect from Monday 28 September. Until then, the earlier list continues to apply.

The DFA says: “Inclusion on the list does not imply the absence of any restrictions on arrivals in those countries.

“Citizens considering travel to countries marked with an asterisk above * should note that quarantine, testing, or other restrictions are currently in place for arrivals from other jurisdictions, including Ireland. The situation will continue to evolve quickly. Citizens who are considering travel to particular locations are advised to monitor news and information from the public authorities in their destination."

The DFA "continues to advise against non-essential travel overseas (including to Great Britain but not to Northern Ireland) other than to countries on the ‘green list’ where the ‘normal precautions’ security status rating will apply.

"The request to restrict their movements does not apply to individuals arriving into Ireland from countries on the ‘green list.’"

All passengers arriving into Ireland from overseas are obliged to complete a COVID-19 Passenger Locator Form before entry.