Irish government announces changes to its “Green List” for travel

Four countries have been added to the Republic of Ireland's "Green List" for travel, while six have been removed. 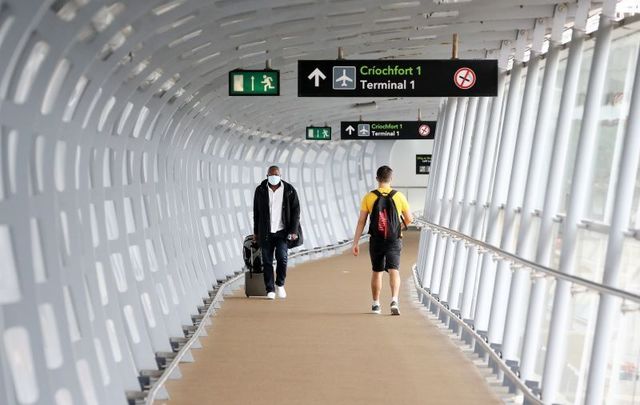 The changes to Ireland's "Green List" go into effect on Monday, September 21.

Ireland’s Department of Foreign Affairs has announced changes to its “Green List” of countries, which dictates who does and does not have to restrict their movements upon arrival into the Republic of Ireland.

The "Green List" of countries effective at midnight on Monday, September 21 will be:

In a statement, Ireland’s Department of Foreign Affairs (DFA) said that the newly-announced changes were made on the basis of data from The European Centre for Disease Prevention and Control  (ECDC) on Thursday, September 17.

The changes to the list will take effect from 00.00 (midnight) on Monday, September 21.

With effect from Monday, September 21, Cyprus, Germany, Poland, and Iceland have been added to the Green List and their security status rating has been changed to “normal precautions." Passengers arriving in the Republic of Ireland from these countries will not be requested to restrict their movement.

With effect from Monday, September 21, Hungary, Italy, Slovakia, Greece, Norway, and Estonia have been removed from the Green List, and their security status rating has been changed to ‘avoid non-essential travel.’ Passengers arriving in Ireland from these locations will be requested to restrict their movements.

The DFA said the changes come in line with the Government’s decision to include EU / EEA countries with a 14-day cumulative disease incidence rate of 25 or less per 100,000, based on data provided by the European Centre for Disease Control (ECDC).

TD Simon Coveney, Ireland’s Minister for Foreign Affairs and Minister for Defense, said: “The Government agreed that Ireland should broadly support the European Commission proposal for a common approach to travel within the EU / EEA, which is currently under discussion in Brussels.

“Between now and the EU signing off on a system, Ireland’s Green List will be updated on a weekly basis.

“The changes announced today will come into effect on Monday. People should use our travel advice to carefully consider their need to go abroad and take into account the restrictions that other countries may have on travellers from Ireland."

Reviews to the Green List will take place on a weekly basis, using the ECDC data published every Thursday, with any changes to the list taking effect from the following Monday.

The DFA notes that citizens should be aware that many countries, including some of those on the Green List, are imposing quarantine, testing, or other restrictions on arrivals from abroad. This can include restrictions on arrivals from Ireland. Citizens who are considering travel to particular locations are advised to monitor news and information from the public authorities in their destination.

You can find updated Travel Advice from Ireland's DFA here.