Some off-the-beaten-track discoveries for intrepid explorers of Ireland’s beauty and history. 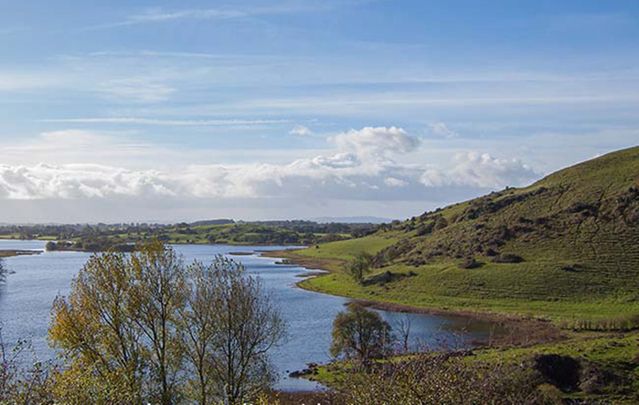 Lough Gur, County Limerick. Some off the beaten track discoveries for intrepid explorers of Ireland’s beauty and history. Neil Jackman

One of the things I love most about Ireland is that in every county, city, town and village around the country there is usually something fascinating to discover.

As an archaeologist I really enjoy visiting the multitude of heritage sites around Ireland, and the country is packed with iconic historical sites like Newgrange, The Rock of Cashel and Blarney Castle. While absolutely wonderful places to visit, sometimes it can also be very rewarding to stray off the beaten path and explore some of the lesser known gems of Ireland.

Here are five more suggestions to add to a must-see list for any intrepid explorers.

For anyone interested in Irish archaeology, a visit to Lough Gur is almost like a pilgrimage as it is one of the most important and remarkable archaeological landscapes in Ireland. The site is possibly most famous for its Neolithic settlement.

Several houses, forming a small village, have been excavated on the south-facing slopes of the Knockadoon peninsula, which extends out into the lake. Two of the buildings have been reconstructed and now serve as an excellent visitor center.

From the visitor center, your first stop will be a lovely walk that takes you past ‘The Spectacles’ where you can see the foundations of a number of buildings and field systems dating to the early medieval period. As you follow the path beyond the Spectacles, you climb ever higher and get spectacular views over Lough Gur. From here you can see the castles built by the Earls of Desmond in the later medieval period and the earlier crannogs, small artificial islands, on the lake.

When you have finished your visit to Knockadoon, a short drive up the road will bring you to the cashels of Carraig Áille. These well-preserved early medieval stone ringforts have quite spectacular views. From there take another short drive to see a wonderful example of a Bronze Age wedge tomb, followed by a lovely atmospheric medieval church at Teampall Nua. Last of all is the spectacular Grange Stone Circle.

It really is a spectacular place, steeped in archaeology, history and folklore. For more information please visit their website LoughGur.com.

Lots of visitors stop to see the fantastic Trim Castle, but few realize that just next to the castle you can enjoy one of the nicest strolls in Ireland, as you get to see several fantastic medieval sites all positioned alongside the banks of the beautiful River Boyne. Leave your car in the parking lot below Trim Castle and cross the wooden bridge over the Boyne. From this vantage point you can get amazing views of Trim Castle, Ireland’s largest Norman fortress that was constructed by Hugh de Lacy in the late 12th century.

The unusual building directly across from the castle is Talbot’s Castle, a grand house and formerly the home of Jonathan Swift, author of “Gulliver’s Travels”. The ‘Yellow Steeple’ towers behind it, this was once the bell tower of an Augustinian priory that once thrived here.

Along the path following the bank of the river you will encounter the remains of the medieval town walls and you can find a number of information panels that inform you about life here in the medieval period. You will also encounter the beautiful remains of the cathedral of Saints Peter and Paul, a small chapel with the Tomb of the Jealous Man and the medieval remains of the Priory Hospital of Saint John the Baptist. All of these sites are fantastic to explore, the walk from the castle car park to the Priory Hospital will take around 30–35mins and there is a great old pub, Marcey Reagan’s directly across from the last stop so you can reward yourself with a pint as the Boyne slides by.

Tullaghoge in County Tyrone has to be one of the most atmospheric and evocative sites that I have visited. It was the inauguration site of the powerful O’Neill’s. During the crowning ceremony at Tullaghoge, the King elect was seated on a stone inauguration chair known as the Leac na Ri (Stone of the King). He swore oaths to rule by Brehon Law (the ancient laws of Ireland) and to give up the throne if he became too old to rule.

New sandals were placed on his feet by the chief of the O’Hagans and a golden sandal was ceremonially thrown over his head to indicate he would continue in the footsteps of his ancestors, and then the new king was handed the ceremonial rod of office. The primate of Armagh then anointed and crowned the O’Neill as chief and king.

However, the last O’Neill to be inaugurated here was the famous Hugh O’Neill in 1595. Hugh was the powerful Earl of Tyrone, and he led a massive rebellion against the Crown forces in Ireland in an attempt to stop the plantations of Ireland and the erosion of the powers of the Gaelic chiefs.

This series of conflicts became known as The Nine Years War. After some initial successes, like the Battle of the Yellow Ford, by 1601 the Gaelic Forces had suffered a heavy defeat at the Battle of Kinsale. Lord Mountjoy led the Crown Forces here, to the Royal Inauguration site of Tullaghoge, and smashed the Leac na Ri, the sacred inauguration stone of the O’Neill’s, thereby symbolically breaking the O’Neill sovereignty.

The site was said to have been completely abandoned by 1622 and today it is an incredibly atmospheric place to visit. When you enter the center of the enclosure and are shut off from the modern world by the trees and earthen banks, you can really get a sense of the history of Tullaghoge, a place of celebrations, ceremonies, inaugurations and gatherings for centuries.

Tullaghoge is just around 4km south of Cookstown in County Tyrone, off the B162 (Cookstown to Stewartstown Road), and you’ll see signposts for the site. There is a small area to park at the base of the hill, and a well made stone path leads nearly the whole way to the site. At the end of the path just pass through the small kissing gate. For more images and information please click here.

The Grianán of Ailech is one of the most iconic sites of North-West Ireland. This was the former residence of the powerful Kings of Ailech, the Uí Néill dynasty. In the early medieval period, the Uí Néills controlled vast swathes of territory in the northern half of the island of Ireland. However as their power began to wane they became locked in a bitter dynastic war with the Kings of Munster.

The Grianán was recorded in the Annals as being destroyed in AD 676, and then more thoroughly in 1101.

The name Grianán roughly translates to ‘Palace of the Sun,’ unfortunately the day we visited was heavily overcast with showers, though even the low cloud couldn’t obscure the quite magnificent views over the Inishowen Peninsula, Lough Swilly, and Lough Foyle. The site absolutely dominates the skyline from a great distance. Entering the central cashel you pass through the massively thick drystone walls that tower above you. Stone steps lead to the top of the walls allowing you to look upon the stunning landscape that surrounds you

You can find it around 8km north-west of Derry, it is well signposted from the N13 between Derry and Letterkenny. For more information about its history and how to get there, see here.

Kilcooley Abbey thrived through its early history, but suffered attack during the turbulent years of the fifteenth century. It is recorded as being attacked and burned in 1418 and it was recorded as being almost completely leveled by an armed force of men in 1444. After this attack, the powerful Butler family, Earls of Ormond, instigated a program of reconstruction which removed the nave aisles and added a new north transept and tower.

Most of the stunning Gothic style sculpture around the Abbey dates to this period of reconstruction and renovation under the patronage of the powerful Ormond Butlers. The works were carried out under the eye of the Abbot, Philip O’Mulwanayn, and on the north wall of the chancel you can see his grave slab dating to 1463. It shows him holding his bishop’s crozier and book of prayer.

The Butlers were rewarded for their patronage by having their tombs placed inside the sacred areas of Kilcooley. The most stunning of which is the incredible tomb of Pierce Fitz Oge Butler. He is depicted in his armor, at his feet a small dog indicates his faithfulness and loyalty, and ten of the twelve apostles are depicted below.

The tomb is just one of a number of outstanding examples of medieval sculpture that you can discover at Kilcooley. For example, the beautiful east window in the chancel is ornately carved in a style known as flame tracery, and the Abbot’s Chair (known as a sedilla) is one of the finest in Ireland. Perhaps most striking of all is the sacristy wall in the south transept. Here you can see several distinctive carvings in five panels. They include a mermaid with a comb and a mirror, a crucifixion scene, an abbot and St. Christopher holding the infant Jesus.  The presence of the Butler coat of arms here is testament to their patronage of Kilcooley.

Like other monasteries across Britain and Ireland, Kilcooley was suppressed in 1540 by Henry the Eighth.  Although there was an ecclesiastical presence on the site in subsequent centuries, the glory days of the abbey had come to an end.

After the Cromwellian conquest of the 1650s, the land around Kilcooley eventually came into the possession of the Barker family. In the 1770s, the fourth William Barker built the magnificent Palladian house and was responsible for much of the beautiful landscaping we see today around Kilcooley Estate.  He also brought Palatine settlers to the area from Limerick. These Protestant families had originated in Germany.  A nearby area on the hillside to the south is still known as Palatine Street.

Today, Kilcooley exudes an aura of tranquillity and mystery that will entice any visitor to stay and explore for an hour or more.

The story of Kilcooley Abbey features in our newest audioguide The Derrynaflan Trail – available as a free MP3 download or smartphone app (Apple and Android) from our website abartaaudioguides.com.

The guide leads you around the ancient monasteries and abbeys of the beautiful Slieve Ardagh region in County Tipperary, with tales of saints and sinners in medieval Ireland and an account of when the tables were turned on a band of feared Viking raiders.

* Neil Jackman is the owner of www.abartaaudioguides.com, a new Irish company passionate about making the incredible story of Irish history and heritage accessible to all by offering downloadable MP3 audio guides and apps. He also authors the blog TimeTravelIreland.blogspot.ie highlighting great historical sites to visit around Ireland.