Dublin Airport, the largest in Ireland, is hoping to welcome in 2022 nearly three-quarters of the record-making 33 million passengers it handled in 2019. 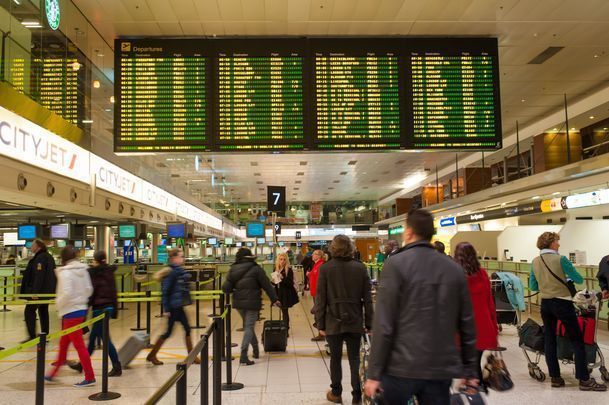 Dublin Airport expects to reach 70 percent of its record passenger numbers this year after two unprecedented years during the pandemic.

In 2019, the year before COVID hit, the facility handled a record-making 33 million passengers. It is expecting about 70 percent of that number to pass through the airport this year, according to recently released figures.

The forecasts were revealed in a document released by DAA, which owns and operates both Dublin Airport and Cork Airport.

DAA released the tender document for tenants interested in the outlet currently occupied by the McDonald’s restaurant in the airport's Terminal One, reports The Irish Times.

According to figures in the document, 3.3 million people flew out of Terminal One in 2021.

Dublin Airport, which is Ireland's biggest airport, saw a total of 32.9 million passengers pass through in 2019.

Last year, around 8.3 million passengers either started or ended their journey through the airport, while 155,000 of passengers used it as a transfer hub. This was an increase of 14 percent compared to 2020, during the height of the pandemic, reports RTÉ.

DAA chief executive Dalton Philips said recently that 52 airlines would fly more than 200 routes to and from Dublin this year, against 190 in 2019. However, Ryanair and Aer Lingus serve the majority of the airport's passengers.

According to the Irish Times, the airport is offering up to €80 million in passenger charge rebates to airlines that restore traffic there, based on the number of passengers they fly.

Ireland is providing the cash to aid the airports in restoring routes and recovering lost business as a consequence of the government's anti-travel stance during the pandemic.