Did the Celts build "America’s Stonehenge" 4,000 years ago?

Evidence such as glyphs in the archaic Irish language Ogham point to Celts being the monolith’s creators. 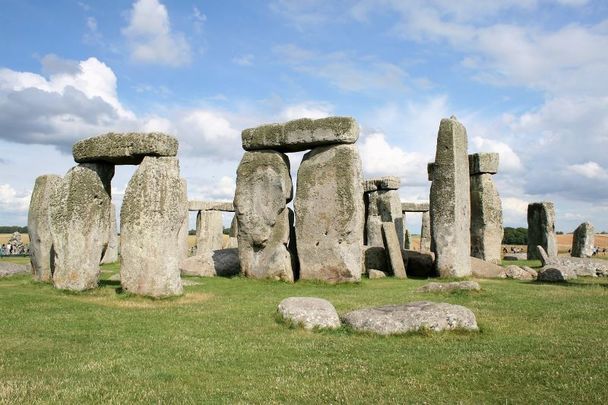 Evidence such as glyphs in the archaic Irish language Ogham points to Celts being the monolith’s creators.

Though perhaps not as stately as the archeological site in England, America has its own version of Stonehenge, aptly named “America’s Stonehenge,” and some archaeologists believe the Celts built it around 2,000 BC.

Standing in a site dubbed Mystery Hill in North Salem, New Hampshire, the megalithic structure leaves archaeologists with a number of questions. There is sound evidence pointing to the Celts being the creators, including inscriptions in the archaic Irish language Ogham, though other archaeologists believe Native Americans or Phoenicians were responsible.

The site includes stone monoliths and chambers spread across 30 acres, positioned in what is believed to be complex astronomical alignments.

According to the Epoch Times, the 4.5-ton focal point of the site looks like it was a sacrificial altar, grooved with a channel for draining, possibly for blood.

Evidence of Celtic involvement includes glyphs inscribed on the monoliths that suggest the archaic Irish language “Ogham,” a script used in the fifth and sixth centuries consisting of crosshatch marks.

The astronomical alignment of the megaliths also points to Celtic cultures – their positioning marks cross-quarter holidays, only celebrated by the Celts.

“Carbon-14 results coincide with the date of a major immigration by Celts. The Celtiberian [Celtic-speaking people of the Iberian Peninsula] interacted with Carthagians, a nationality almost certain to have the still to cross the Atlantic.”

However, there is some evidence that pointing to Native Americans as the builders, such as other Native American artifacts found on the site. Some believe the Phoenicians were responsible, and some even believe it was the work of a 19th century family with the surname Pattee.