TD Eamon Ryan said on Thursday that COVID testing in Ireland's airports will be considered in the government's upcoming "medium-term plan." 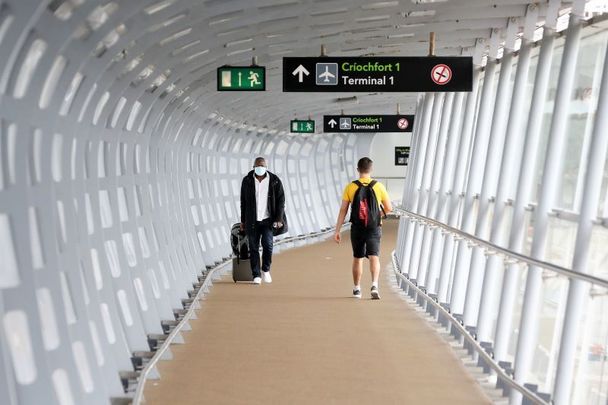 TD Eamon Ryan, the leader of Ireland’s Green Party who is currently in coalition with Fianna Fáil and Fine Gael, said on September 3 in the Dáil that COVID testing at Ireland’s airports could possibly replace the 14-day isolation period that is currently in place for incoming travelers.

Ryan, who is also the Minister for Communications, Climate Action and Environment and the Minister for Transport, Tourism and Sport, was responding to TD Róisín Shortall of the Social Democrats during Thursday’s Leaders Questions session in the Dáil Eireann.

Speaking to Ryan, TD Shortall said the Irish government has failed in its coronavirus response in three key areas - effective testing and tracing, proper controls at Ireland’s airports and ports, and the availability and sourcing of data.

“When is the government going to play its part in responding to the virus?” Shortall pressed.

In response, Ryan said he is confident in Ireland’s HSE (Health Service Executive) and noted that there are currently 200 contact tracing staff in place and that the turn-around time for testing has gone from three days to 2.2 days.

“We cannot rest on our laurels," Ryan said, "but I believe the HSE is managing and can manage and can deliver the testing and trace regime we need."

Ryan said that judging by health data to date, the level of coronavirus coming into the Republic of Ireland from international travel "is very low, but we have to maintain vigilance."

He continued: “There was, I think, valid advice from the health system to try and minimize travel, to try and minimize contact. But the government has to now start preparing for the next six, nine, 18 months, the medium-term approach where, in the absence of a vaccine, we have to manage it.

"Included in that, we’ll have to manage international travel.

“The government will present a new medium-term COVID plan on the 14th of September, and included within that will be a planned approach for allowing for connectivity.

“I’ve asked in a meeting with my own department officials yesterday, who were working with the Department of Health and the Department of Taoiseach, to look, as we already said we would, at the international experience where they are requiring testing arrangements in relation to air travel that may reduce the risk of increased air travel and may allow us to, in certain instances, to waive the requirement for 14-day restriction on travel when someone comes in.

“We have set up - my department has helped in this regard - setting up the electronic register contact tracing system, which will be an important part of that.”

As it stands, people arriving into Ireland, except in certain circumstances, are required to complete a Passenger Locator Form and self-isolate for 14 days. If you are arriving in to Ireland from one of the ten countries on the government’s “green list,” you are not required to self-isolate.

Ryan’s comments on Thursday that a new “medium-term” plan will be published within two weeks comes just days after a damming op-ed written by Fintan O’Toole for The Irish Times detailing the dismal approach Dublin Airport has taken in terms of coronavirus.

Unlike other European airports, there is no COVID testing available at Dublin Airport. The passenger locator forms, which have only recently been made available online, were previously required to be filled out in person at crowded stations where passengers were sharing the same pens.

Of the locator forms that he filled out in person at Dublin Airport, O’Toole said: “It may be an unfair impression, but it did not feel to me that this was anything other than a ritual.”

O'Toole, who was writing on the final day of his two-week isolation period, said: “Nobody checked the form and nobody has been in touch since to see whether I have been at the address I wrote on it.”