It is set to become an offense in both Ireland and the UK for international travelers to not complete passenger locator forms and adhere to self-isolation mandates. 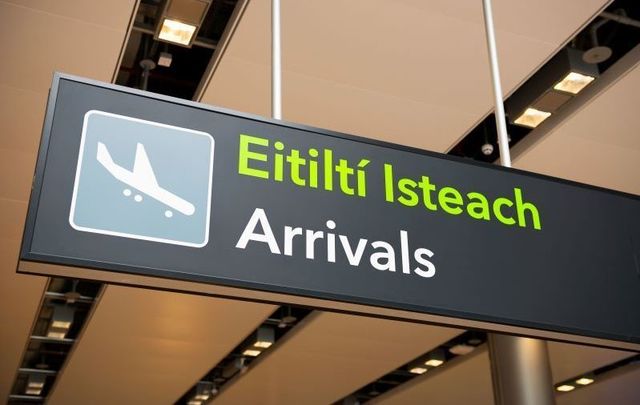 Both Ireland and the UK will make it an offense to not adhere to isolation mandates. Getty Images

Ireland will make self-quarantine and Passenger Locator Forms legal requirement, and the UK will roll out Ireland-exempt quarantine mandates

Both Ireland and the United Kingdom today announced the new and enhanced travel restrictions for international arrivals.

On May 22, Ireland’s Health Minister Simon Harris announced that from May 28, all passengers arriving into Ireland from overseas will be legally required to complete a Public Health Passenger Locator form and self-isolate for two weeks after arrival, regardless of their nationality.

Minister for Health Simon Harris has said that from next week all passengers arriving into the country will be legally required to complete a passenger locator form | https://t.co/76TvTqObBe pic.twitter.com/v6vChwyU6y

Harris said: “From next week, passengers arriving into Ireland from overseas will be legally required to present a completed Public Health Passenger Locator form.

“Putting this form on a mandatory footing will facilitate a system of follow-up checks to make sure that people who travel to this country, wherever they come from, are staying where they say that they would, and really importantly this will help ensure swift contact tracing if there is to be a confirmed case.

“So if we were to see a confirmed case of COVID-19 in our country, we will now have a lot of information and data that will help us very quickly move to find anybody who may have been impacted.

“I think that’s so important in terms of making sure we keep on top of any potential risk of an imported case.”

A maximum fine of €2,500 or imprisonment for a term not exceeding 6 months, or both, will be the penalty for the following:

Passengers transiting to another jurisdiction, certified international transport workers, air and maritime pilot/masters and crew, will not have to complete the form. Individuals from Northern Ireland will have to fill out a portion of the form. Diplomats are exempt.

The regulations will be signed by Minister Harris and will come into effect from Thursday, May 28, and remain in effect until at least June 18 when they will be reviewed.

Ireland already had a self-isolation order in place, but it was only "strongly advised" - from next week, it becomes a legal requirement.

In the United Kingdom, it was announced that from June 8, self-isolation and the completion of a contactor locator form would be mandatory for all people arriving into the country, with exceptions for supply chain workers, medics fighting COVID-19, and seasonal agricultural workers.

Anyone moving from within the Common Travel Area, covering Ireland, the Channel Islands, and the Isle of Man, is also exempt.

Travelers who are self-isolating after arrival "could be contacted regularly throughout this period to ensure compliance."

A breach of self-isolation would be punishable with a £1,000 fixed penalty notice in England or potential prosecution and an unlimited fine. The level of the fine could increase if the risk of infection from abroad increases.

It was noted that the Devolved Administrations will set out their own enforcement approaches.

Despite earlier reports saying otherwise, travelers arriving from France will also be subject to the UK’s regulations.

Both the UK and the Republic of Ireland are advising against all non-essential travel this summer.