Michael O'Leary has slammed the UK's post-travel self-isolation plan the same day Ryanair announced it will restore 40 percent of its scheduled flights from July 1. 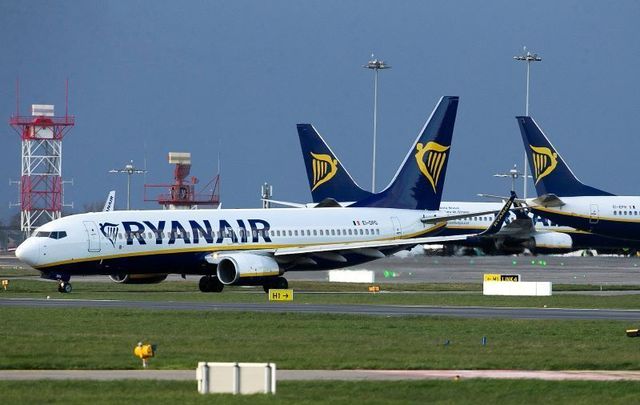 Michael O’Leary, the CEO of Irish airline Ryanair, has slammed UK Prime Minister Boris Johnson’s plans to introduce a two-week period of quarantine for people arriving into the United Kingdom, exept those arriving from France and Ireland, as “nonsensical.”

In an address on Sunday, Prime Minister Johnson said: “To prevent re-infection from abroad, I am serving notice that it will soon be the time – with transmission significantly lower – to impose quarantine on people coming into this country by air.”

Later on May 10, Downing Street released a joint statement between the UK and France which said: “No quarantine measures would apply to travellers coming from France at this stage; any measures on either side would be taken in a concerted and reciprocal manner. A working group between the two governments will be set up to ensure this consultation throughout the coming weeks.”

In addition to travelers from France, travelers from Ireland will also be exempt from the quarantine requirement. (The Republic of Ireland is not set to reciprocate; it has a policy in place that all travelers arriving by air into the country must self-isolate for two weeks.)

Speaking with Piers Morgan on ITV's 'Good Morning Britain' on May 12, O'Leary said: "What we’re against are overly ineffective measures such as this nonsensical two-week isolation, which somehow only applies if you’re not French or you’re not Irish.”

Separately, speaking on Sky News, O’Leary said: “What we’re urging governments to do though is not to have ineffective measures, things like the two-week isolation in the UK which has no science base to it all, particularly when you decide at midnight to exempt the French.

“There’s no argument for allowing people travel to the UK. If you come from countries outside of France, you have to isolate for two weeks, but if you come from France, somehow you’re fine, despite the fact that the French is one of the EU countries with the highest rate of COVID-19 incidences.

O'Leary said he doesn't expect the UK quarantine restrictions to affect demand. He said: “What’s regrettable about it is it’s unenforceable and it’s un-policeable. It’s one of these measures that people will largely ignore, which is not good. I think what that the UK government should have done was to start with the effective measures and that is face and temperatures controls on arriving passengers, not ineffective measures like two-week lockdowns which most people will ignore anyway."

O’Leary added: “It’s not science-based because you’re exempting the French.”

O'Leary said he does not expect the UK quarantine restriction to affect demand and believes that UK families will be traveling abroad this summer. However, UK health secretary Matt Hancock says "it is unlikely that big, lavish international holidays are going to be possible for this summer – I just think that’s a reality of life."

O'Leary's comments come the same day that Ryanair announced it would restore 40 percent of its scheduled flights, with enhanced health precautions, from July 1.

A Ryanair statement issued on May 12 read: “From July, Ryanair will restart flying from most of its 80 bases across Europe. There will be fewer daily/weekly frequencies on trunk routes, as Ryanair works to restore some services on the widest number of routes, rather than operating high frequency services on a small number.”

A new video from Ryanair highlights the enhanced health precautions that will come into effect, including passengers and cabin crew wearing face masks, temperature checks at airports, and strictly cashless transactions onboard.

Additionally,  Ryanair will require all passengers flying in July and August to fill in details (at the point of check-in) of how long their planned visit will be, and also their address while visiting another EU country, and this contact information will be provided to EU Governments to help them to monitor any isolation regulations they require of visitors on intra-EU flights.

Ryanair CEO Eddie Wilson said in a statement: “It is important for our customers and our people that we return to some normal schedules from 1 July onwards. Governments around Europe have implemented a 4-month lockdown to limit the spread of the Covid-19 virus. After 4 months, it is time to get Europe flying again so we can reunite friends and families, allow people to return to work, and restart Europe’s tourism industry, which provides so many millions of jobs.

"Ryanair will work closely with public health authorities to ensure that these flights comply, where possible, with effective measures to limit the spread of Covid-19. As already shown in Asia, temperature checks and face masks/coverings are the most effective way to achieve this on short haul (1 hour) within Europe’s single market.

"Now that Europe’s States are allowing some gradual return to normal life, we expect this will evolve over the coming weeks and months. With more than 6 weeks to go to 1st July, Ryanair believes this is the most practical date to resume normal flight schedules, so that we can allow friends and families to reunite, commuters to go back to work, and allow those tourism based economies such as Spain, Portugal, Italy, Greece, France and others, to recover what is left of this year’s tourism season.

"Seats on all these flights are now on sale at www.Ryanair.com from 1 July, at prices which start from just €19.99 one way. We will continue to work closely with public health agencies to encourage our people and passengers to adopt practical and effective steps to limit the spread of Covid-19 virus, in the best interest of our passengers, our people and our communities."