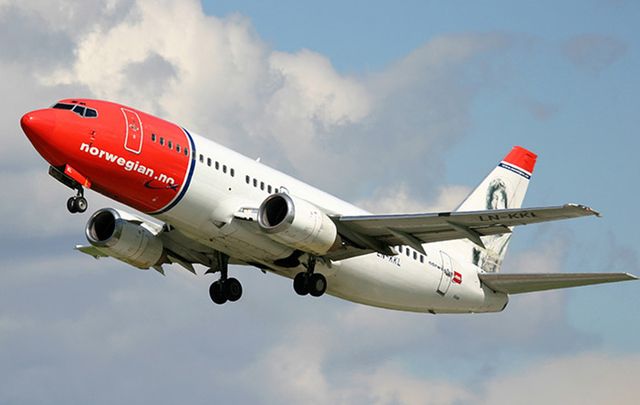 At a press conference in Cork Airport Chief Executive Officer from Norwegian Air International announced the first direct transatlantic service, from Cork to the Boston area will take off on July 1. The introductory one-way flights for $72 (€69) are now on sale.

On their Facebook page Cork Airport posted the following statement at 11am, on Thursday:

“We are delighted to bring you the long-awaited news that the first direct transatlantic service is to take off from Cork Airport to Boston/Providence on July 1st this year. The news was announced at a major press conference in Cork today by Norwegian CEO Bjørn Kjos.

“The new direct service from Cork to Boston/Providence will offer passengers across the South of Ireland some of the cheapest ever transatlantic fares ever seen, starting from €69 one way.

“The three times weekly flights from Cork to Boston/Providence will operate on Tuesdays, Thursdays and Saturdays. The flights will depart Cork at 16:20 and arrive at Providence at 19:05.

“The new transatlantic routes will be operated on brand new Boeing 737 MAX aircraft - Norwegian is the European launch customer for this state-of-the-art new aircraft which offers a longer range and greater seat capacity than existing single-aisle aircraft. Passengers will be able to travel in a fresh and modern single-class economy cabin with hot and cold food options available to purchase onboard.

“Tickets for the new service are now on sale at www.norwegian.com/ie.”

It is believed that Norwegian also plan to roll out flights serving Shannon, Dublin and Belfast.

This morning the BBC report that as well as planned flights, between Cork and the US, plans are also in the pipeline to serve Belfast International Airport, in the North of Ireland. The Irish Examiner also reports that Chief Executive Officer from Norwegian Air International will announce details of new routes between Dublin and Shannon on the United States also.

The low-fares giant Norwegian refused to comment ahead of their press conference, at Cork Airport, at 11am GMT on Thursday.

What is known is that the CEO of Norwegian, Kjos, will announce the launch by the company’s Irish subsidiary, Norwegian Air International (NAI) of a year-round, three-flights-a-week service from Cork to TF Green Airport, in Providence, Rhode Ireland, just 60 miles from Boston. Tickets for this service, which is go online in July, will be on sale immediately.

The introductory offer of $72 one-way flights will be limited with the fares eventually being increased to just a few hundred euro. Kjos has been quoted as saying transatlantic flights from Ireland should on average cost about $300 to $350 return.

The Irish Examiner reports that Norwegian’s Dublin route is expected to get up to 12 flights per week, serving airports in New England and New York. As well as flights to Shannon for the US.

It is expected that the flights from Cork to Stewart International Airport, New York (100 km from Manhattan) will launch in 2018.

Also, this May WOW Air is set to launch flights from Cork, via Reykjavik in Iceland, to eight cities across the United States and Canada. The arrival of these two lost-cost operators flying from is expected to bring a major boost to the local economy.

For almost 50 years securing transatlantic flights from Cork Airport has been a goal of Cork Airport management, as well as for business and tourism groups in the Republic of Ireland. After three years of political and union opposition from the United States the flights were sanctioned in late 2016 after a two-and-a-half-year process. The paperwork was signed and completed just last Friday.

Norwegian has always maintained its plans to for flights between Ireland and the United States are in accordance with the EU-US Open Skies agreement.

The BBC reports that Belfast International Airport has been in talks with Norwegian for months. It is believed operations will begin from this summer. Belfast’s airport has been working towards replacing its United Airlines route to New York, which ended in January this year.