Cycling Bornacoola - the magic of an Irish bog

"My own journey that day reminded me of the generations who came from these parts and traveled the world." 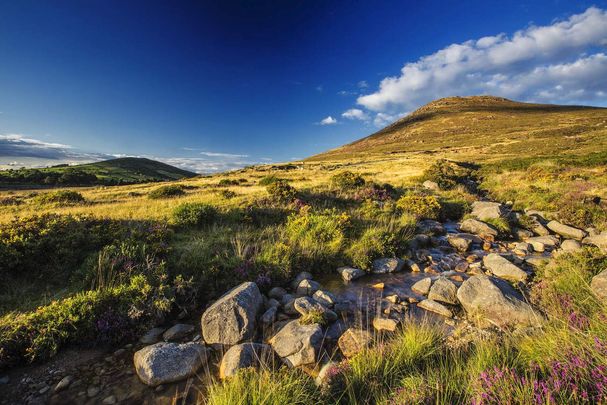 The townland of Bornacoola nestles between the Shannon and the Rynn rivers in South Leitrim. “It’s just a bog,” declared a friend familiar with the area. For me, the description was a perfect enticement to plan a day’s cycling.

Taken from the July / August 2020 issue of Ireland of the Welcomes magazine. Subscribe to this bi-monthly print magazine here.

I was staying close to Lough Rynn Castle surrounded by woodland and lakes. That morning I heard the cuckoo’s distinctive call amidst the usual clamor of birdsong. It was summer at last! I was reminded of the rhyme: “The cuckoo comes in April. She sings her song in May. In leafy June, she changes tune and in July, she flies away.” 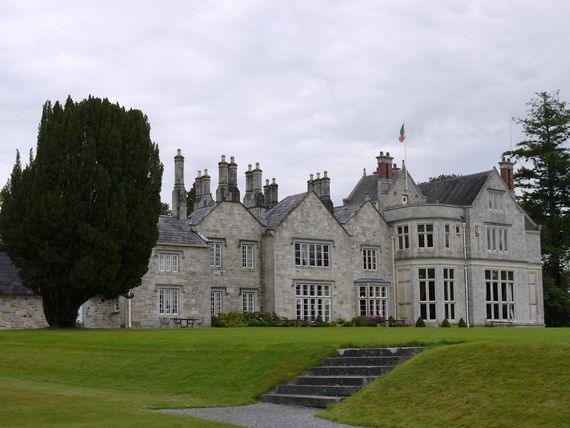 The long bright days have come at last and every insect, bird, and flower seemed to be flourishing in the early sun. No better time to cycle through a part of Ireland often overlooked by natives and visitors alike. After all, “it’s just a bog” they say.

In his poem Bogland, Seamus Heaney wrote that we have no prairies, instead, as he put it: “Our unfenced country is bog that keeps crusting between the sights of the sun.”

Heaney knew the significance of bogs and their impact on the psyche of the people who lived in their midst. A bog is a natural, economic and spiritual resource. A place of beauty and wildness; a reminder of a dangerous past, with watery places and dark secrets.

I cycled south, through the quiet town of Drumlish, in County Longford, before turning north again into Bornacoola.

It was cycling heaven.

In no time my mind was consumed by the splendor of the wildflowers and the low murmur of the honey bees gathering nectar in the fields. I stopped to admire an isolated old tree, broken in parts, but still strong and tall against the surrounding scrub. The land here is wild. Yes, there are pockets of meadow and the occasional lawn leading up to a dwelling. However, you can’t help feeling that nature is always nearby, waiting to encroach and claim back the bog.

As I continued, up ahead I saw something strange and wondered at first, if it was a trick of the light. There, by the side of the road, was an elegant statue of a seated woman atop a substantial plinth. It was a graceful monument, at least 12 feet high, the kind you’d expect to find on the main thoroughfare of a capital city.

And here she was, alone in a bog in Leitrim. What’s this all about?

Beside the plinth, there was a plaque that read: “To the town of Baltimore, County Longford from the City of Baltimore USA, in honor of our shared heritage and distinguished name. Summer 1974.”

Rather than solve the mystery this made it all the more intriguing. First of all, I was pretty sure there is no town of Baltimore in County Longford and secondly, this location was Leitrim not Longford. Furthermore, the statue looked much older than the summer of 1974.

It was later that day when I was able to check online, that the full story was revealed. Full credit to a useful blog by Oisin O’Driscoll who investigated the statue as a school project. In 1625, George Calvert was granted the title Baron Baltimore by the King and given land in Longford and subsequently in America, where he eventually passed the name to the city in Maryland. The statue, known as Lady Baltimore, was one of four commissioned in 1879 to commemorate the 150th anniversary of the establishment of the Baltimore, ML, town charter.

Many years later, it was decided to gift it to the people of Longford in the mistaken belief that there was a significant town of the same name in that county - don’t ask!

Now here’s the best bit of the story. Back in 1974, Ireland was in political turmoil especially in relation to the north. So it was decided that a statue connected with a former landlord would not be welcome in Longford Town. In the end, all agreed that this lovely lane in Bornacoola would make an ideal home for grand old Lady Baltimore. “It’s just a bog” after all.

When I continued my journey, not too far up the road I came to the Church of Saint Michael with a graveyard and nearby, another sculptor. This is a far more recent structure, one of many erected in the townlands of Ireland to commemorate the Millennium. It’s titled Returning and features birds in flight, perhaps swans coming home. The piece is beautiful, superbly crafted by the sculptor Éamonn O’Doherty and it fits perfectly with the surrounding space.

My journey onwards took me up through the straight roads that cross the boggy landscape. I was so enthralled by the experience that I traveled much further than planned. At each main road, there seemed to be an enticing lane opposite and I always took the “road less traveled”.

By mid-afternoon, I was west of Mohill and decided to take a break by an enticing bench overlooking the shore of Lough Erill. This is a tranquil place of calm transitions; where the most turbulent mind could be enticed to stillness. The swans on the lake echoed the sculpture at St Michael’s. The reeds and the wooden dock framed the scene perfectly.

I cycled on to Mohill, as if in a dream. The journey had exceeded my expectations. My final stop was at yet another sculpture. This one, in the center of town, honored the blind Celtic harpist Turlough O’Carolan. He roamed these parts in the early 1700s and his musical composition still influences the contemporary traditional music scene. Carolan was a rambler and he got his inspiration from traveling the land and engaging with the people.

My own journey that day reminded me of the generations who came from these parts and traveled the world. Their hearts remained rooted in the home country. We are all connected by the landscapes of our past; the land that challenged us and shaped our ways is the same land that sent us out into the world, equipped to explore and settle in new places.

Deep down there is something of Bornacoola in every Irish person. “It’s only bog after all” and we are all the more grateful for that!

Taken from the July / August 2020 issue of Ireland of the Welcomes magazine. Subscribe to this bi-monthly print magazine here.

Related: Sports, Ireland of the Welcomes