From St. Patrick's Festival to the newly opened Games of Thrones Studio Tour and much more. Endless possibilities await you this year in Ireland. 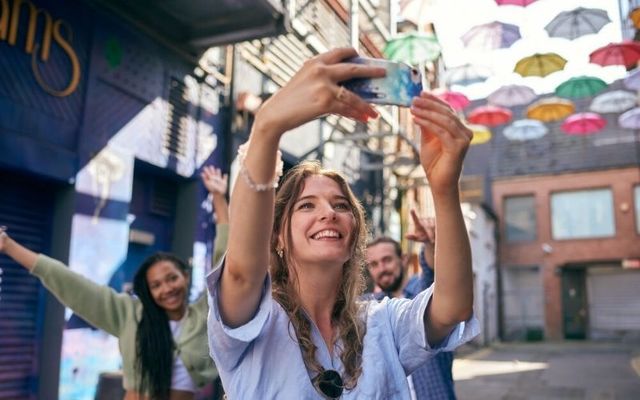 Here's why you need to make a return to Ireland in 2022. Tourism Ireland

The term ‘craic’ is a uniquely Irish one - it means fun, enjoyment and good times had by all - and that's exactly what you're going to get when you press the Green Button and make a trip to the island of Ireland in 2022.

After two long years, the ‘craic’ is truly back in Ireland. There is a buzz in towns and cities again, laughter in the streets, and music in the air. And what perfect timing as spring begins to appear.

The St. Patrick’s Festival will kick off the season in style— a week-long celebration of music, dance, and outdoor shows culminating in the stunning St. Patrick’s Day parade through the historic streets of Dublin on March 17th.

Why not also visit the beautiful town of Downpatrick in Northern Ireland where St. Patrick is buried and check out the St. Patrick’s Center which is the world’s only permanent exhibit to the patron saint?

We're also delighted to say that the St. Patrick's Day celebrations are just the start of the endless possibilities that await you on the island of Ireland this year. Check out some of the other things you can look forward to: 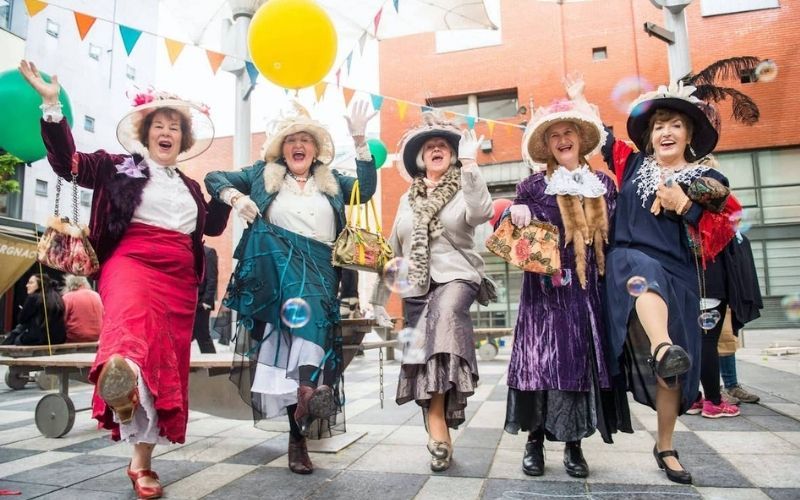 Dublin will be thronging with literature lovers this year as the city celebrates the centenary of James Joyce’s revered masterpiece Ulysses.

This summer make sure you don't miss Bloomsday, a uniquely Irish festival that celebrates the epic novel, held on the anniversary of the day featured in the book, 16 June 1904.

The festival takes over the streets of Dublin that inspired Joyce and his works. Go all out and dress in the fashion of the period, sample dishes mentioned in the book and visit the featured locations for the full Bloomsday experience. With street performances, lectures, readings, workshops, and walking tours, make sure to head to the traditional Bloomsday spots dotted around Dublin.

Did you know that James Joyce is also just one of the many famous authors who have called Dublin home? Explore these literary attractions that you can find around the city and learn about the lives of Nobel prize winners: WB Yeats, George Bernard Shaw, Samuel Beckett, and Seamus Heaney. 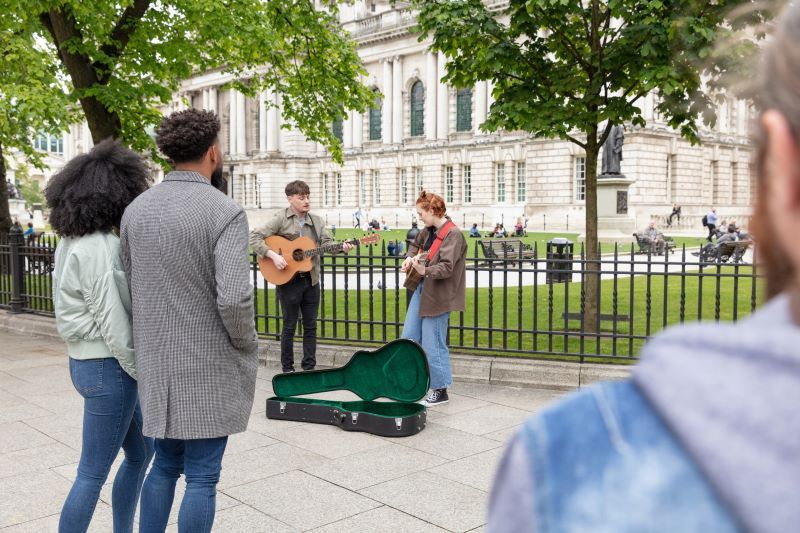 Everyone knows Belfast rocks, but now the city has hit yet another high note by being awarded the coveted City of Music status by UNESCO.

Belfast is the first city on the island of Ireland to receive City of Music status, which celebrates the city’s rich musical heritage and recognizes its outstanding contribution to music.

It's no surprise that the city received this award - the creative talent that has originated from Belfast and Northern Ireland includes world-famous bands such Snow Patrol, Thin Lizzy, and the legendary Van Morrison plus a modern scene that includes the likes of Foy Vance, Ryan McMullan, and Two Door Cinema Club.

If you're looking for the best way to see the city’s passion for music, then make sure you join the Traditional Music Trail tour around Belfast. With two professional musicians as your guides, take a stroll through cobbled alleyways, past famous landmarks, and on to private bars in some of the city’s oldest buildings. At each stop, you will be treated to a performance of traditional tunes, songs, and stories.

The Oh Yeah Centre is also not to be missed. Belfast's dedicated creative hub for musicians is housed in what used to be a bonded whiskey warehouse. You can also hop on their Music Tour bus and take a journey through the heart of this rock and roll city.

Experience the Games of Thrones Studio Tour in Northern Ireland 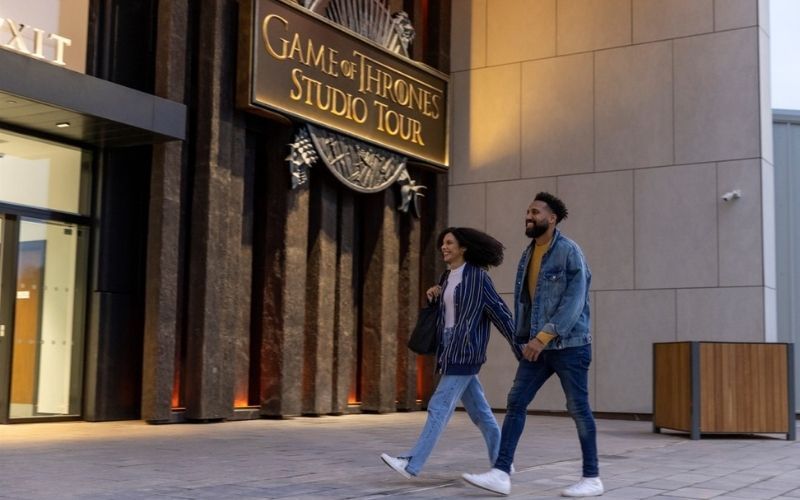 Experience the Games of Thrones Studio Tour in Northern Ireland

Be transported into the very heart of Westeros to see breathtaking imagery, captivating sets, original props and costumes, and more behind-the-scenes elements from the hit HBO series.

The interactive experience will allow fans to explore a vast array of original sets, costumes, props, and set pieces, with the aim of bringing visitors closer to the Seven Kingdoms than ever before.

Established in the 1800s, the Linen Mill site in Banbridge was used solely for linen production. Following a significant decline in the local linen industry in 2008, the association with HBO began. Over the following years, more than half of Game of Thrones filmed in Northern Ireland was shot at the Linen Mill Studios.

Ireland is ready and waiting for your return 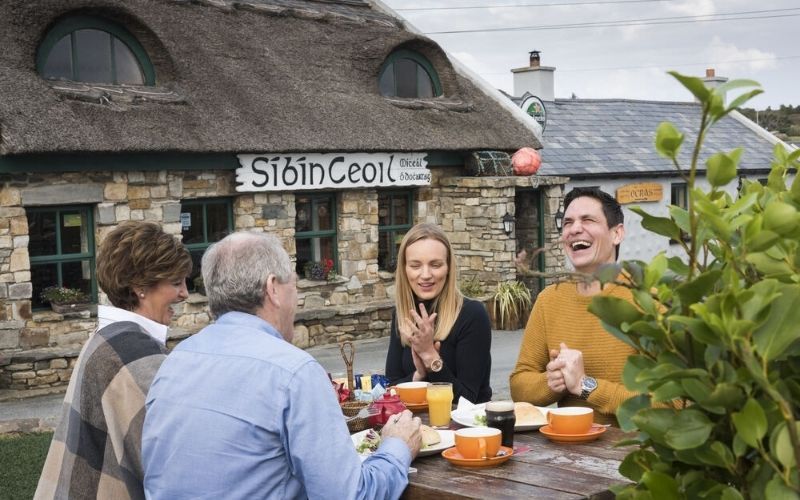 Ireland is ready and waiting for your return

This year, whether you decide to wander through 5,000 years of history in Ireland’s Ancient East, discover Ireland’s breathtaking west coast along the Wild Atlantic Way, embrace a giant spirit in Northern Ireland, or enjoy the unspoiled majesty of Ireland’s Hidden Heartlands – you can do so in the knowledge that you will receive a welcome warmer than ever before and the guarantee of the experience of a lifetime.

‘The craic is back’… it’s time you press the Green Button and return to Ireland in 2022.