The 120 mile long driving route runs from Belfast to the Giant’s Causeway and links to the Wild Atlantic Way at Derry and to the Mourne Scenic Route in Belfast. 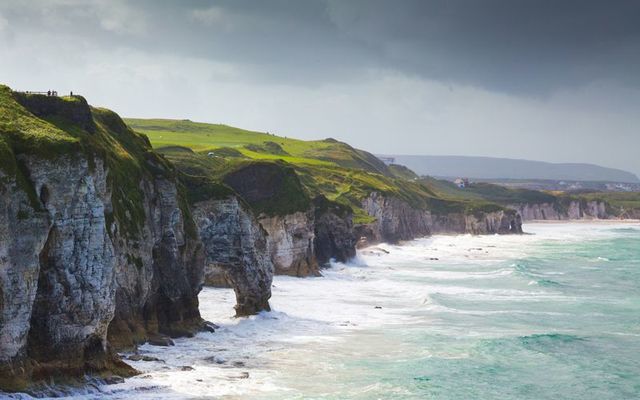 Dramatic scenery along the coastline of the Causeway Coastal Route in Antrim, Northern Ireland. Getty

The Causeway Coastal Route in Northern Ireland has been named the top location for a summer UK road trip for 2022.

The 120 mile long driving route, which runs from Belfast to the Giant’s Causeway, has nabbed the number one spot on the list of 25 locations curated by global car comparison site EnjoyTravel.com and international travel brand Big 7 Travel.

The route, which includes nine shorter scenic drives to explore, links to the Wild Atlantic Way at Derry and to the Mourne Scenic Route in Belfast.

The Summer Road Trip Bucket List states that “nothing quite prepares you for the jaw-dropping sight of Giant’s Causeway, so it’s worth making a day of it.

"This route, which begins in Belfast, offers plenty of potential pit stops along the way too. First, there’s Carrickfergus Castle, one of the best-preserved medieval castles in Ireland. Then, there’s The Gobbins – an adrenalin-fueled cliff path set high above County Antrim’s Islandmagee.

"There’s legend-rich Ballygally and picture-perfect Cushendun to squeeze in before the finale too. Legend has it that an Irish giant built Giant’s Causeway to fight a Scottish giant. On a clear summer’s day, you might be able to spot the coast of Scotland from here, as well as seals, dolphins and porpoises playing in the waters.”

Also on the list at number 21 is the  Lough Neagh Loop, a 113 mile circuit of the largest freshwater lake in Britain and Ireland. The loop takes in Antrim, Portadown and Toome along the way, reports The Belfast Telegraph.