Aer Lingus will welcome back a number of exciting US routes including Philadelphia, Los Angeles, and Seattle. 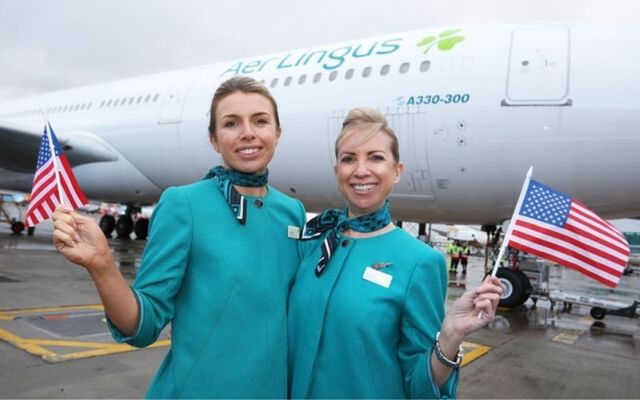 Aer Lingus has announced the return of a number of direct flights to North America starting this month.

From this April and throughout the summer, Aer Lingus will welcome back a number of exciting US routes including Philadelphia, Los Angeles, and Seattle.

In addition, the airlinr company will operate a second flight to Chicago flying five times per week and for the first time, will introduce a second flight to Washington D.C. This good news follows the recent re-start of popular routes to San Francisco and Orlando from Dublin, New York and Boston from Shannon, not forgetting the announcement of the return of Miami from Dublin in October.

Take in Boston’s breathtaking sights, absorb the cultures of New York City’s boroughs, gleam in the glamour of Los Angeles or chase thrills at Orlando’s iconic theme parks, there is so much to explore stateside with Aer Lingus. Flexible as well as amazing value, change any flight for free up to seven days before you fly.

Aer Lingus provides 14 direct routes between North America and Ireland, including New York, Chicago, Washington D.C., Boston, Orlando, San Francisco, and Toronto. The airline will be the only carrier offering direct flights between Ireland and West Coast USA with daily flights to San Francisco, daily flights to Los Angeles starting on 12 May and Seattle returning 5 times per week on 07th July.

Philadelphia returned on 07th April with six flights per week, rising to daily from May and Chicago began operating a second flight five times weekly from 08th April. For the first time ever a second daily flight to Washington D.C. will operate from 09th June, enabling customers to connect from Washington D.C. to cities such as Naples, Lyons, Berlin and Barcelona for the first time through Dublin. Just last month flights to the USA from Shannon started on 10th March, with 14 flights per week to New York and Boston.

Bill Byrne, Executive Vice-President US at Aer Lingus said; “Aer Lingus is fully committed to connecting Ireland to North America. We are delighted to be building back our connectivity this year, operating 14 direct routes between Ireland and North America.

"This summer marks an exciting period for us as we welcome back so many much-loved US destinations for the first time since March 2020 including Philadelphia, Los Angeles and Seattle, as well as greater frequency on our Chicago and Washington D.C. services.’’

For more information and for bookings, visit AerLingus.com.

This Irish road trip named among Europe's most Instagrammable