Pete Flynn, a native of County Leitrim, and an original Met dating back to 1962, has passed away. 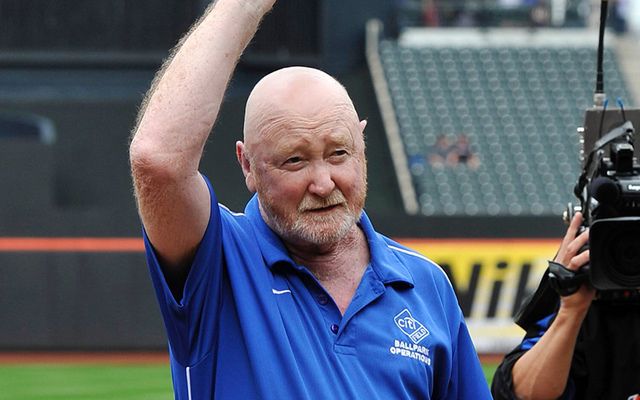 Pete Flynn, a native of County Leitrim, and an original Met dating back to 1962, has passed away. Flynn, who had been the New York Mets head groundskeeper since 1974, worked at all three homes of the Mets: the Polo Grounds, Shea Stadium and Citi Field. He retired in 2011.

A Hall of Famer himself

“Pete helped make our fields one of the best in baseball,” said Mets COO Jeff Wilpon. “He took such pride in his work and was a pro’s pro. Tom Seaver always said Shea Stadium’s mound had no equal. That’s a pretty good endorsement.”

Keith Hernandez, the greatest Mets first baseman of all time, and an eleven-time Golden Glove winner at first, said “He kept a most beautiful infield around first at Shea.”

One of the highlights of Flynn’s career was being the Beatles Paul McCartney’s personal chauffeur on two occasions. In 1965 when the Beatles played to a sellout Shea Stadium, Flynn drove them in an armored truck from second base to centerfield after the concert. He reconnected with McCartney 43 years later, driving him to the last concert at Shea where he appeared with Billy Joel.

But one of Flynn’s proudest moments was when Pope John Paul II said mass at Shea. “It poured all morning,” Flynn remembered, “but the minute his motorcade came into centerfield the clouds disappeared, the sun came out. It was the most incredible thing I’ve ever seen.”

RIP Pete Flynn. Kept the Shea field looking crisp from 1964 until day the doors closed. May God hold you in the hollow of his hand. #Mets pic.twitter.com/mUha10D8Ks

Perhaps Flynn’s toughest assignment happened in 1975 when four teams—the Mets, the Yankees, the football Jets and Giants—all played for the year at Shea while construction was underway at their various home parks. “I didn’t have a day off for like seven or eight months,” Flynn told the New York Daily News in 2008.

Pete Flynn was indeed the Irishman from County Leitrim with the greenest thumb in New York City.

We are saddened by the passing of longtime #Mets groundskeeper Pete Flynn. Our thoughts and prayers are with his family & friends. pic.twitter.com/FweJY3EdIm

Dermot McEvoy is the author of the "The 13th Apostle: A Novel of Michael Collins and the Irish Uprising" and "Our Lady of Greenwich Village", both now available in paperback, Kindle and Audio from Skyhorse Publishing. He may be reached at dermotmcevoy50@gmail.com. Follow him at www.dermotmcevoy.com. Follow The 13th Apostle on Facebook at https://www.facebook.com/13thApostleMcEvoy/