No firm favorite has been established - but Floyd Mayweather thinks Conor McGregor has an advantage. 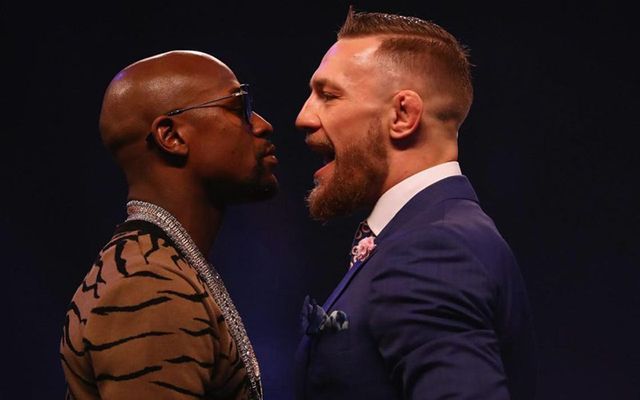 Floyd Mayweather reckons Irish MMA fighter Conor McGregor could have the making of him on August 26. YouTube

Does Conor McGregor have what it takes to beat Floyd Mayweather? Mayweather reckons so

Floyd Mayweather has admitted that the much-anticipated fight this month “leans towards McGregor”.

In a candid interview, Mayweather said of his 29-year-old opponent, “I've been off a couple of years. And I'm in my 40s. So, if you look at everything on paper, it leans toward Conor McGregor."

Mayweather hasn’t fought in two years but is an Olympic gold medalist and has a string of high-profile wins under his belt.

His last fight was with Andre Berto, a fighter with a much more chequered history of winning, which he admits challenged more than he had expected him.

“A fighter like Andre Berto isn’t even supposed to go the distance with Floyd Mayweather, but remember, I was 38.“It’s obvious I’m slipping a little bit to even let a fighter like Andre Berto go the distance with me.“I’m not what I used to be. I used to have a 90 percent knockout ratio. It’s obvious I slipped somewhere. Something has taken a toll on my career.”

The fight is anticipated to be one of the greatest in living memory and pundits have been regularly hit the headlines with their predictions.

British boxer, Chris Eubank, thought McGregor had the edge, “Everyone is forgetting that he is an Irishman and an Irishman has a spirit that cannot … they are a special people.”

Mike Tyson, however, warned McGregor, “he is going to get killed”.

Whilst Ultimate Fighting Champion President Dana White hailed him as an “Irish Ali”.

The countdown to August 26 continues.