The Co Down sports star also has the choice to represent the United Kingdom. 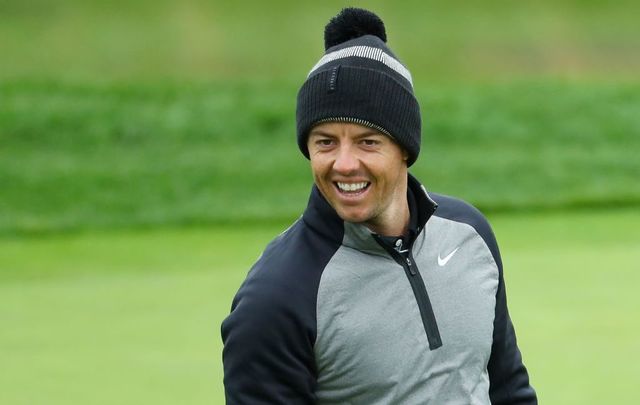 Rory McIlroy of Northern Ireland looks on during a practice round prior to the 2019 PGA Championship at the Bethpage Black course on May 13, 2019, in Bethpage, New York. Warren Little/Getty Images

Irish golfer Rory McIlroy confirms he will represent Ireland in the 2020 Tokyo Olympics.

Rory McIlroy has revealed he is to represent Ireland in the Olympic Games in Tokyo in 2020.

According to the Irish Times, the 30-year-old golfer from Co Down claimed it “is going to be cool” to play on behalf of the Emerald Isle after missing out on the 2016 Games in Brazil.

McIlroy was among the group of leading players who chose not to compete at the Rio Olympics as a result of the Zika virus epidemic. He has now reaffirmed that he will represent Ireland in next year's Games, however, despite having the option to play for the UK. At an event in New York, The42.ie reports that he said, “More likely than not, I will play."

The Northern Ireland sports star first declared for Ireland in 2014, stating that he views golf as an all-island sport, similar to the way the national Irish rugby team fields an all-island team.

“So then obviously when you put the Olympics into the equation and then there’s a choice to be made, you really have to start thinking, okay, well, what are your beliefs and your values? It makes you sort of have to delve a little bit deeper. It’s not just a superficial decision. It’s something that you have to really believe in.

“I’ve thought about that for a long time, and in the end, it was the fact that when I was a little boy and I got that first call up to the national squad to go on to Citywest and be a part of the (Golfing Union of Ireland) youth system or the boys or whatever, you know, and making that team and playing in home internationals, I was so proud to do that.

“So why would it be any different just because it’s a different golf tournament or because it’s a different arena or a different environment? That was basically what it came down to. I mean, I had an unbelievable amateur career, and I don’t mean that in terms of results, but I mean that in the experiences I had and the trips that I had and the friendships that I made and the friendships that I still have to this day. That was all because of playing for Ireland and getting close to some of those guys.”

What do you make of McIlroy's decision? Let us know in the comments section, below.

Read more: Where to play golf in Ireland