The golfer said he resents the Olympics for making him choose between Ireland and Great Britain. 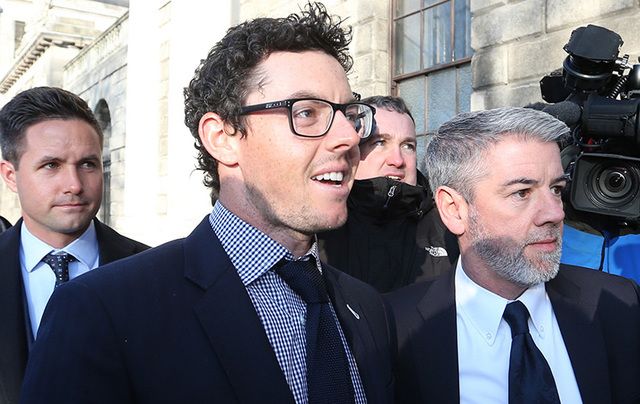 Rory McIlroy has said he would have felt "uncomfortable" playing for either Ireland or Great Britain in the Olympics. Wikimedia Commons

Rory Ilroy has said he pulled out of the 2016 Rio Olympics because he didn’t feel a connection to either the Irish or British flag and admitted he didn’t know the lyrics to either country’s anthem. He also said he resents the organization for making him choose.

The golfing star said he was given the choice to play for either Team Ireland or Great Britain, and after a lengthy deliberation process, he chose Ireland.

However, he later withdrew from the games expressing fears of the Zika virus.

McIlroy told the Sunday Independent that he “resents” the Olympics for trying to force him to make a choice.

"All of a sudden it put me in a position where I had to question who I am? Who am I? Where am I from? Where do my loyalties lie? Who am I going to play for? Who do I not want to piss off the most.

"I started to resent it and I do. I resent the Olympics Games because of the position it put me in, that's my feelings towards it, and whether that's right or wrong, it's how I feel."

"I sent Justin Rose a text after he won, I think I still have the message: 'I'm happy for you, mate. I saw how much it means to you. Congratulations.

"He said: 'Thanks very much. All the boys here want to know do you feel like you missed out?'

"I don't know the words to either of them; I don't feel a connection to either flag; I don't want it to be about flags; I've tried to stay away from that."

He added: "Not everyone is (driven by) nationalism and patriotism and that's never been me, because I felt like I grew up in a place where I wasn't allowed to be. It was suppressed.

"I'm very conflicted because I'm a Catholic and I turned on the TV at home and it was the BBC; I did my GCSEs; I used pounds sterling, stuff like that.

"So I'm a Catholic but I feel very much Northern Irish, and I never wanted it to get political or about where I'm from, but that's what it turned into. And it just got to the point where it wasn't worth the hassle."