Where are the Irish Americans going? Census shows population decline

In just six years, the Irish population in the US has dropped by 5 million; the Scots-Irish by 1 million. What’s going on? 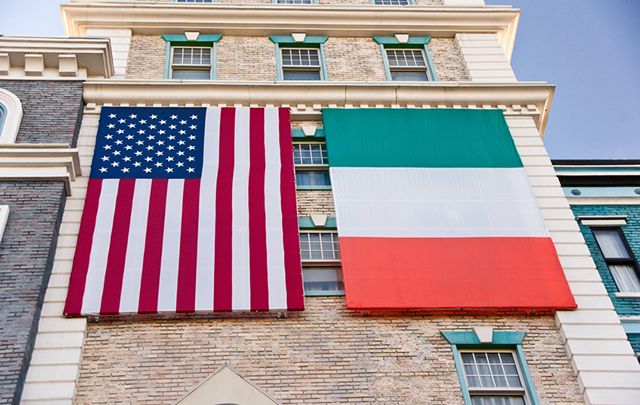 In just six years, the Irish population in the US has dropped by 5 million; the Scots-Irish by 1 million. What’s going on? iStockphoto

When you work for an Irish American publication, there are a few figures you have committed to memory: the global Irish diaspora is 70 million worldwide; the population of Ireland is 6.2 million; there are 36.9 million Americans of Irish descent.

Those were the numbers to know when I first started writing for IrishCentral’s sister publication Irish America magazine back in 2010. Since then, the global Irish diaspora (which is, granted, a more abstract approximation) has stayed the same, and the population of Ireland has increased to 6.4 million. The number of Irish Americans, however, has dropped – down to 32.7 million, according to the Census Bureau’s 2015 American Community Survey.

That’s a decrease of 4.2 million in a span of six years. According to the 2009 American Community survey, there were 36.9 million Americans of Irish heritage. When the results of the 2010 US Census were released, that figure dropped by over two million, to 34.7 million Irish Americans. It has since decreased by an additional two million. If the Irish American population continues to decline at this rate, it could conceivably dip below the 30 million mark by the time the 2020 Census comes around.

When you look at the Scots-Irish (sometimes referred to as Scotch-Irish) population (which the Census Bureau only began calculating in 1990), there’s another – albeit less dramatic – recent downward slope: from 3.6 million in 2009 to 2.98 million in 2015.

So, what’s going on?

As it turns out, this is an ongoing trend – one the Pew Research Center took note of and examined last year.

The report, titled "The Fading of the Green," noted: “The ranks of Americans who trace their ancestry back to Ireland – long one of the most prominent subgroups in American society – are slowly declining.”

If you look further back in time, as the Pew study did, the decline is even more pronounced:

Read More: Where have all the Scots-Irish gone? Numbers way down

They concluded that this decline is due to two key factors: an ageing Irish American population, and a shift in immigration trends: “Both ancestral groups are older than the U.S. population as a whole. In 2013, the median age of those claiming Irish ancestry was 39, and 51 for those of Scotch-Irish ancestry, versus a median age of 37 for the entire population. Nor are the Irish immigrating to the U.S. in anything close to the numbers they used to: in fiscal 2013, according to Department of Homeland Security statistics, just 1,626 Irish-born people obtained legal permanent residency.”

A Pew Research Center graph of the declining Irish and Scotch Irish populations in the US.

However, there are a few more speculative possibilities that could account for the apparently decline in the population of Americans of Irish and Scotch-Irish descent.

Because the Census is based on voluntary information, it’s conceivable that as more generations of Irish Americans are born, they feel less connected to – or perhaps aren’t even aware of – their Irish roots.

Or, as a Philly Voice article on the Pew Study pointed out, it could also be due to a limited response bias. The Census only allows participants to select up to two ethnic ancestries. So, if as happens all the time in the great melting pot of the US, someone’s ancestors came from Ireland but also Sweden, Italy, Argentina and the Philippines, they would be forced to select just two of those ancestries to record.

What do you think is causing the apparent decline in the Irish and Scotch-Irish populations in the US? Would you like to see the Census let participants list more than two ethnic ancestries? Share your thoughts in the comment section, below.