Can you guess the ratio of Irish Americans to the number of Irish?

"Irish Americans are at least 5 percent of the population in most counties across the U.S." 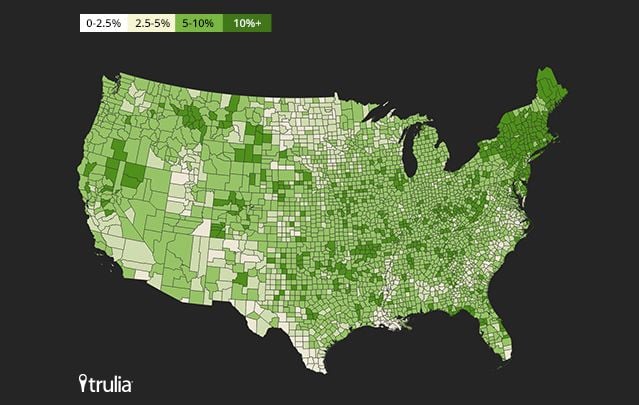 US Census data shows there are more Irish Americans in the US than there are Irish in Ireland. Trulia

According to Census data, there are 39.6 million American who claim Irish heritage including five million who say they are of Scots-Irish heritage. That number is almost seven times larger than the entire population of Ireland (6.3 million). After German, Irish is the most common ancestry of Americans. Now Jed Kulko, chief economist for Trulia, has created a map showing the areas with the most concentrated number of Irish Americans.

According to Kolko's data, the one neighborhood in the entire U.S. that has the largest Irish American population is Breezy Point in Queens, where 54.3 percent of its population claim Irish ancestry.

Kolko says that new Irish immigrants to the U.S. tend to settle in areas that already have a large Irish population.