Numbers of Irish Americans not going down - here’s the proof

There has been an increase in the ethnic Irish numbers to 34 million according to the census, but are the numbers correct? 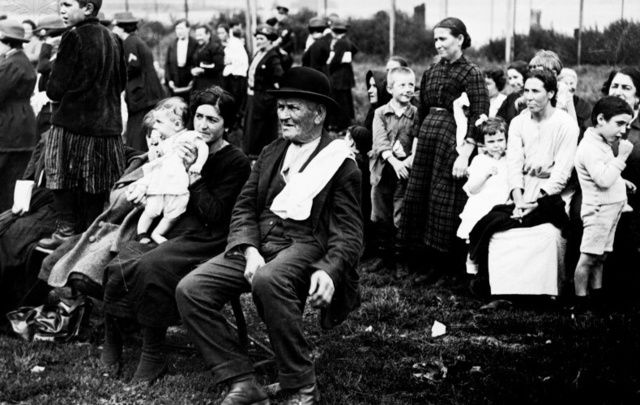 It is time to knock down a widely-circulated misconception that the number of Irish Americans in the United States is going down.

This has become a prominent canard, usually peddled by those who have little time for Irish America, to begin with.

This thesis that Irish America is fading is relatively simple to disprove.

Below is a bar graph showing the results from the US Census Bureau from 2000 and 2014. There has been an increase in the ethnic Irish numbers of 3.5 million from 30.5 million to 34 million. That would jibe with the overall population increase too.

The Scots-Irish numbers in the same survey have dropped from 4.3 million to 3.1 million. Puzzling but it may be explained by the number of people, over 5 million, who now simply call themselves Scottish Americans.

The fact is, there is a high margin of error in calculating ethnic numbers as there is in general from the census given the massive numbers (in the hundreds of millions) the United States census is counting. Just look at the difference in fourteen years in the numbers above for Germans in 2000 almost 43 million and in 2014 almost 46 million.

The community surveys, for instance, have only a 90 percent confidence level from the census takers which means numbers are approximate in many cases. In addition, the community surveys now only allow two choices of ethnicity, for example, say German and Dutch, and disallow the more complex of ethnic mixes that many would have written down.

As to what triggers an Irish ethnicity affiliation in an American, on St. Patrick’s Day the well-known website 538.com conducted a survey of over 400 respondents of varying degrees of Irish blood. Their answers are revealing:

- If you are less than 25 percent Irish roots you do not identify as Irish.

- Those who are one-quarter Irish, about 25 percent of respondents, identify as Irish.

- Of those over 50 percent Irish heritage, 78 percent consider themselves Irish American.