Did you know these surnames are Irish?

These might be some of the most unusual Irish surnames! 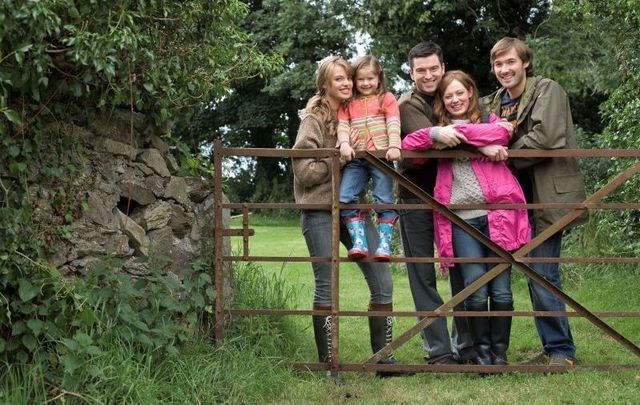 The surnames Smyth, D'Arcy, and even Disney all have Irish roots!

Many people think that they can identify an Irish last name simply by an "O'" or a "Mc" at the start of it. While that may sometimes be true, there are also many Irish last names that people don't readily realize are Irish.

The following are some Irish surnames that most people don't realize are Irish, as well as their meanings. These might be some of the most overlooked Irish surnames.

When not the name of an English settler family, in Ireland Smith has usually a variation on the surname of MacGowan, nearly always so in Co Cavan.

Even the most avid of Disney fans might not know that Walt Disney himself had Irish ancestry. Derived from the French place-name Isigny-sur-Mer, Disney was originally written D'Isigny, "from Isigny". The name Disney occurs frequently in the records of many Irish counties in the south and midlands starting in the first half of the seventeenth century. Walt's roots were in Co Kilkenny.

The name Allen is usually of Scottish or English origin, but sometimes in counties Offaly and Tipperary,  Ó hAillín iwas anglicized Allen; sometimes to Hallion. As Alleyn, the name occurs frequently in medieval Anglo-Irish records.

De Burgh is one of the most important and popular Hiberno-Norman names. First identified with the province of Connacht, many sub-septs of it were formed, including MacHugo, MacGibbon, Mac Seoinín (Jennings), MacRedmond, etc. Perhaps the most famous de Burgh is Chris de Burgh of "Lady in Red" fame.

This rather non-Irish sounding name is intimately connected with Galway,  the Bodkins being one of the fourteen “tribes” of the city. The name was originally spelled Boudakyn, then Bodekin, before eventually winding up as Bodkin.

From "dacha", meaning "dark" in Irish. One of the "Tribes of Galway", also anglicized as Dorsey, it is the name of two septs, one in Mayo and Galway, the other in Co Wexford.

Certainly one of the most fun last names, Lawless comes from the Old-English "laghles", meaning - you guessed it - "outlaw". The name, introduced into Ireland after the Anglo-Norman invasion, is found in Counties Dublin and Galway. It was one of the "Tribes of Kilkenny." Even the former Xena, Warrior Princess Lucy Lawless has Irish roots - in Quilty, Co Clare.