Understanding how Irish surnames were created

There has always been a great interest in Irish family names, both from those born in Ireland and from the millions around the world who are proud to claim Irish ancestry. 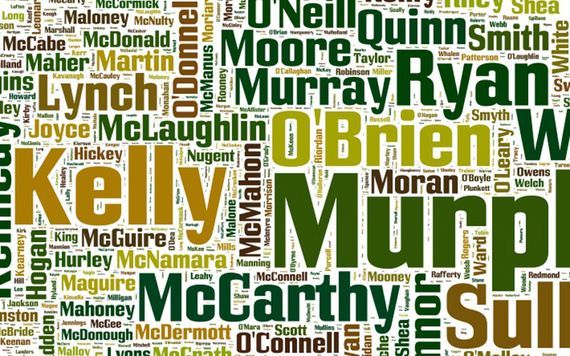 Murphy, Kelly and O'Sullivan are the three most common Irish surnames.

One of human beings greatest traits is curiosity and that is always evident in wanting to know who one is and where one has come from. Recent years have seen the popular success of the TV programme 'Who Do You Think You Are?' with people exploring their family history.

Another aspect of learning about a person’s heritage is understanding one’s family name, a person’s given name (forename or first name), and learning about the meaning of place names. There has always been a great interest in Irish family names, both from those born in Ireland and from the millions around the world who are proud to claim Irish ancestry.

The first thing to learn about Irish surnames is that Ireland was one of the earliest countries to evolve a system of hereditary surnames, coming into being from the 11th century. It is now generally believed that some were formed even earlier than that, and Ireland’s foremost genealogist of the 20th century, Edward MacLysaght (1887-1986) claimed some were created prior to the year 1000.

Probably the first fixed surname in Europe was Ó Cléirigh (O’Clery), with the annals (concise historical records of events organised chronologically) recording O’Clery of South Uí Fiachrach in 850, and the death of Tighearnach Ó Cléirigh, Lord of Aidhne, Co Galway in 916.

Surnames came into existence as the population of Ireland increased and it no longer became practical to call someone just by their forename. Irish surnames were first formed by add Mac (son of) to the father’s Christian name or Ó (descendant of) the grandfather’s given name. A later trend saw the use of “giolla” and “maol”, both of which implied follower or servant of. These were normally used in the context of a devotee to a saint Mac Giolla Íosa – son of the devotee of Jesus (McAleese).

It then became popular to use the father’s occupation to create a surname, such as Ó hÍceadha (Hickey) – ícidhe meaning a healer/doctor. Afterwards Irish surnames see Mac or Ó precede a characteristic or a person’s trait, such as Mac Dubhghaill (MacDowell) son of the dark stranger.

In this column, I will focus on Irish family names, and in this first edition, I have chosen to look at the three most common Irish surnames, Murphy, Kelly and O’Sullivan.

Read more: These Irish surnames are hugely popular as first names in the U.S. 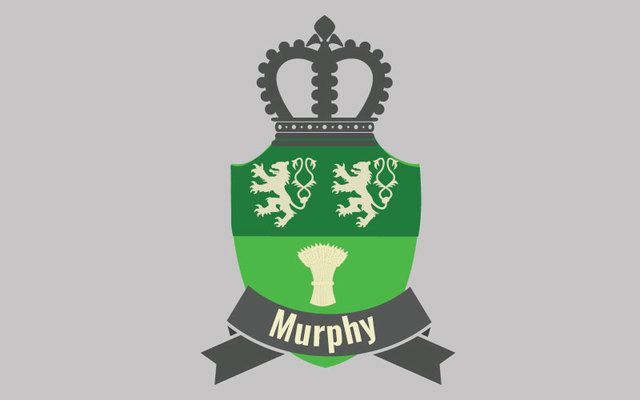 Murphy is the most common of all Irish surnames and is the 58th most common surname found in the United States. The name is widely recorded in every corner of Ireland but is historically found in counties Cork, Limerick, Roscommon, Sligo, Armagh, Donegal and Wexford.

The surname, which means ‘grandson of the hound of the sea’, is Mac Murchadh (son of Murchadh) and Ó Murchadh (descendent/grandson of Murchadh) in Irish. An ancient ancestor of the family is believed to have protected Ireland’s coasts from invaders, hence the name. The Irish genealogist John O’Hart (1824-1902), however, claimed that the name Murchadha meant ‘superior’ and that the family descended from Milesius, King of Spain, through his son.

Murphys can trace their descent to Felimy, son of Enna Kinsellagh, King of Ulster, who was a contemporary of St Patrick, Ireland’s Patron Saint, in the 5th century. The Murphy territory was in Co. Wexford, in the barony of Ballaghkeen, while up until the 9th century Murphy descendants possessed a considerable estate in Oulartleigh, also in Wexford.

There are at least seven Ó Murchadha and Mac Murchadha clans. Ó Murchadh families also lived in Roscommon and Cork (the county in which the surname is most common today), while the Mac Murchadh clan of Sligo and Tyrone are responsible for most of the Murphys in Ulster.

The Cork Murphys have no connection to the Wexford Murphys. The Cork sept lived along the valley of the River Lee in the Muskerry area, where the O’Flynns were rulers in the 1100s. O’Flynns descend from Flan, who had a brother and a cousin called Murchad, which is believed to be the original form of the Murphy surname.

There is also the noble MacMurphy clan of Ulster, who ruled the territory of Muintir Beirn (Beirn’s people). MacMurphy was originally used as the anglicized version of the family name in the early 19th century, but soon the Mac was dropped and the family became Murphy. 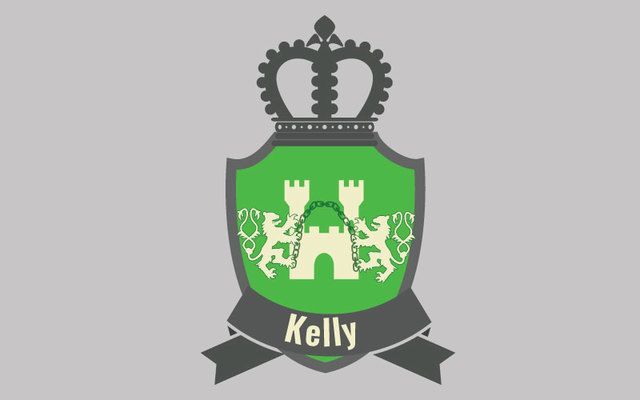 Kelly is second only to Murphy on the list of most popular Irish surnames, with the Kellys being the foremost Gaelic family through many centuries. It is the anglicised version of Ó Ceallaigh with the derivation of the name uncertain. Some believe it means “descendant of Ceallach”, an Irish chieftain, while others are of the opinion it comes from “ceallach” meaning “strife” or “war”.

Kelly is also an ancient Irish first name though it is normally only used as a surname in Ireland today. Interestingly, Kelly is one of the most popular given names for women in the USA.

The Kellys are found all over Ireland but do not descend from one ancestor. They derive from as many as 10 unrelated ancient clans or septs located in various parts of the country, with the most important being the O’Kelly’s of Uí Maine, former rulers of O’Kelly’s Country in counties Galway and Roscommon. There were also O'Kelly septs from Meath, Derry, Antrim, Laois, Sligo, Wicklow, Kilkenny, Tipperary.

Ceallach was the first form of Kelly that we are aware of. Teigh O’Kelly was the first to assume the name and was king of the aforementioned Uí Maine area. Teigh O’Kelly fought at the Battle of Clontarf, Co. Dublin, on 23rd April 1014, when his army supported Brian Boru, High King of Ireland. With O’Kelly among the 7,000-10,000 men reputedly killed in the struggle, he was succeeded as King of Uí Maine by his son, Conor. The family would continue to reign as kings of their territory for centuries to come.

The O’Kellys of Ulster, known as the Cenel Eachach O’Kelly, descend from Rochadh, a son of Colla-dá-Críoch, a king of the province. The family’s power base was in what is now called Loughlinstown, Co. Derry. 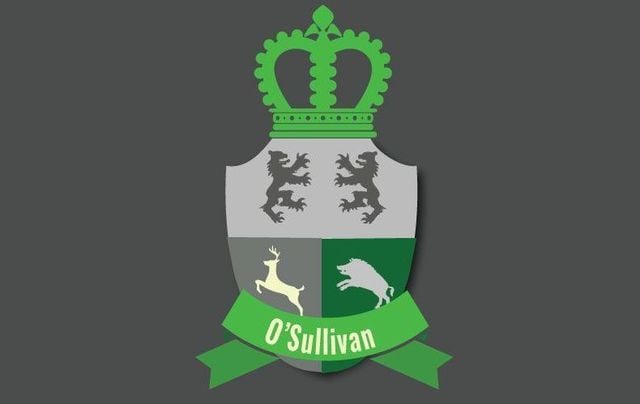 The O’Sullivans or Sullivans are predominantly found in Munster, mainly in counties Cork and Kerry.

In the Irish language, the name is Ó Súilleabháin, with the word “súil” meaning “eye”. There is debate as to what the remainder of the name means with some arguing it is “little dark-eyed one”, others that it means “one-eyed” or “hawk-eyed.”

Suilebhan Mac Maolura (born 862) was the original bearer of the name with the O’Sullivans claiming descent from the Eóghanachta Kings of Munster. Though many O’Sullivans are found in south-west Munster today, their original homeland was in Tipperary. The Normans forced the family to County Kerry following their invasion of Ireland, with the O’Sullivans dividing into different branches, most notably O’Sullivan Mór in south Kerry and O’Sullivan Beare in West Cork and South Kerry.

Read more: Celebrating the O'Sullivans! Everything you need to know about the Irish family name