Thomas Andrews, the chief designer of the Titanic from County Down, Northern Ireland, has been immortalized as a hero of the ship's tragic tale. 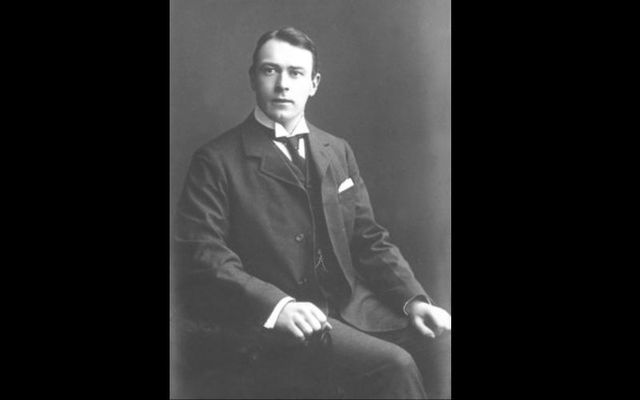 Thomas Andrews, the County Down chief designer of the ill-fated ship, has been immortalized as the hero of the RMS Titanic’s tragic tale.

When the “unsinkable” ship struck the iceberg it was Andrews who calculated how long it would take the ship to sink. On that dreadful night, he stayed on the sinking ship and helped others to escape the inevitable.

Andrews had been overruled on two key issues when the ship was being designed. He wanted to double the number of lifeboats to 64 and wanted a double hull built extending up to the B deck which would certainly have prevented the disaster.

After he died on 15th April 1912, his father received a telegram from his mother's cousin, who had spoken with survivors in New York, seeing news of Andrews. The telegram was read aloud by Andrews Sr. to the staff of their home in Comber: "Interview titanic's officers. All unanimous that Andrews heroic unto death, thinking only safety others. Extend heartfelt sympathy to all.”

The newspaper accounts of the disaster labeled Andrews a hero. Mary Sloan, a stewardess on the ship, whom Andrews forced to enter a lifeboat, later wrote in a letter: "Mr. Andrews met his fate like a true hero, realizing the great danger, and gave up his life to save the women and children of the Titanic. They will find it hard to replace him."

According to "Titanic Stories" Andrews was “last seen throwing deck chairs into the Atlantic in a desperate bid to save lives.”

John Stewart, a steward on the Titanic, reported that Andrews was last seen in the first–class smoking room staring at a painting, "Plymouth Harbour," above the fireplace, his life jacket lying on a nearby table. The painting depicted the entrance to Plymouth Sound, which Titanic had been expected to visit on her return voyage.

The survivors of the tragedy reported that Andrews met his fate with bravery and as the horror unfolded around him he saved other men’s wives and children in the full knowledge that he would never see his own wife, child and family again.

His great nephew John Andrews said, “He epitomized the nature of all [the people] that helped save a lot of people’s lives on that night.”

The Down man was on board the RMS Titanic’s maiden voyage as part of a group of skilled men called “the guarantee group.” They were on board the ship to handle any snags and make sure standards on the ship were high. None of the group survived.

The "Titanic Stories" film said, “Upon his death, the Andrews family received many cables and letters praising the comfort and courage he showed to others before the Titanic sank.”

When Helen Reilly Barbour's husband, Andrews, failed to return, she was heartbroken. Their story is one of true romance. Eventually, Reilly Barbour remarried and had four more children but she always kept his letters, photographs and mementos of their courtship and love.

Speaking to BBC "Newsline" she said her mother “never really spoke about it and she never mentioned the tragedy.

"But on one occasion I was talking to her and she said that she hoped that the wreck would be left as a memorial to all the people who died on the ship.

"I think she was totally devastated - and she was so very fond of Tommy's parents.

"She described them as being her second mother and her second father. She was just trying to console them when she herself must have been devastated."

Morrison’s mother said her own father, Henry Harland, would probably have known Andrews, through the shipyard. Both men were privileged apprentices, which meant they were paid to learn every job and skill involved in building ships.

Andrews, Harland, and their beloved Helen were all from the most prosperous families in Northern Ireland at the time.

Morrison told the BBC she truly believed her mother loved Andrews always, and he was her favorite.

"She was obviously very, very fond of him.

"I think it was a true love match. He must have been brilliant.

"But the other thing that comes out so often is his real affection for the workers.

"He told Nellie when they were driving out of the shipyard one day together that all the workers who were coming out were his mates. He was so very popular and dearly loved, I think, by so many people."

Morrison still has her mother’s engagement ring, from Andrews, which she wore until her death.

She said Andrew’s proposal to Reilly Barbour didn’t go as planned. On March 25, 1906, Andrews wrote a letter to Helen apologizing for shocking her by asking her to marry him the evening before. Eventually, she recovered from the shock and the pair were married on June 23, 1908, in Lambeg Parish Church, outside Lisburn.

After their honeymoon in Switzerland, they took up residence at “Dunallan”, 12 Windsor Avenue, Belfast. This building is now the home of the Irish Football Association (IFA). It was here they had their first child, a girl, nicknamed Elba.

Morrison said “I've often been asked why wasn't my mother on the Titanic with her husband. I never knew if it was because my mother was ill or Elba was ill.

Not only was Thomas Andrews a hero and a gentleman but also a romantic and loving husband and father.