British comedian reveals his Irish passport “will be arriving shortly”

The British comedian, who famously portrayed an Irish farmer singing "Come Out Ye Black and Tans" on BBC last year, has revealed that his Irish passport is on the way. 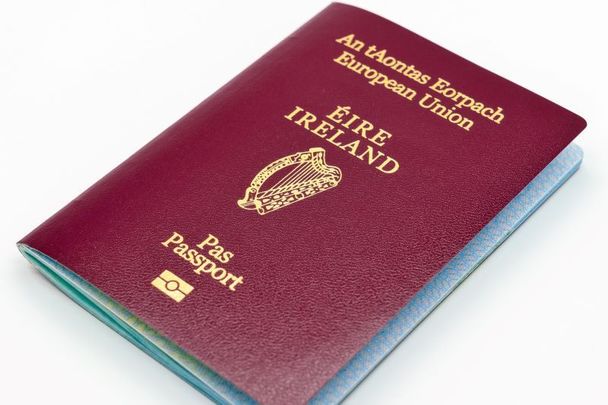 Steve Coogan, who hilariously portrayed an Irish farmer singing rebel tunes on the BBC last year, is getting his Irish passport. Getty Images

Steve Coogan, whose mother is from Co Mayo, achieved viral fame after he played an Irish farmer singing "Come Out Ye Black and Tans" on BBC

British comedian Steve Coogan has revealed that he has applied for his Irish passport and that it “will be arriving shortly.”

The Irish Times reports that during an interview for Saturday’s Ticket magazine, the famous actor, who is a native of Manchester, said: “My Irish passport will be arriving shortly. That’s not a joke.”

Coogan, who declares himself “half-Irish,” said that his mother is from Co Mayo and that he spent many summers there throughout his childhood. His father is also of Irish descent.

Last year, Coogan found a dose of viral fame when he played an Irish farmer character Martin Brennan and sang a rendition of “Come Out Ye Black and Tans” on the St. Patrick’s Day episode of his BBC comedy ‘This Time with Alan Partridge.’

Coogan now says: “There was a joke there: I wonder if we can get an Irish rebel song on prime time television.”

Notably, rockstar Rod Stewart has claimed that the BBC prevented his rendition of “Grace” from playing.

Coogan separately told RTE: “As someone who is half-Irish, I was hoping that my fellow  Irishmen would appreciate it and they did.

"It was kinda like a little in-joke, a private bet - I wonder could we get, just for the mischief, an Irish rebel song on primetime BBC One and we managed to do that. Hahahaha. In fact, we got two Irish rebel songs in!"

Coogan revealed he didn’t face much pushback from BBC: "No, no. It's an in-joke for us but it works comically because Alan Partridge plays a member of the establishment who is appalled by it and that’s where the comedy comes from so artistically it’s entirely justifiable but it also makes me have a private chuckle."

Coogan admits that his Irish mother was “concerned” about the bit, but was overall “relieved that people thought it was great.”

The British actor is doing the media rounds in the lead-up to the release of “Greed,” in which, according to RTE, he plays Sir Richard McCreadie, a second-generation Irishman in the UK who has made a fortune in the fashion industry but now faces a professional and personal crisis as his 60th birthday looms.