“Also, they won’t let me sing 'Grace' because of its Irish, anti-English overtones in the song,” Stewart said. 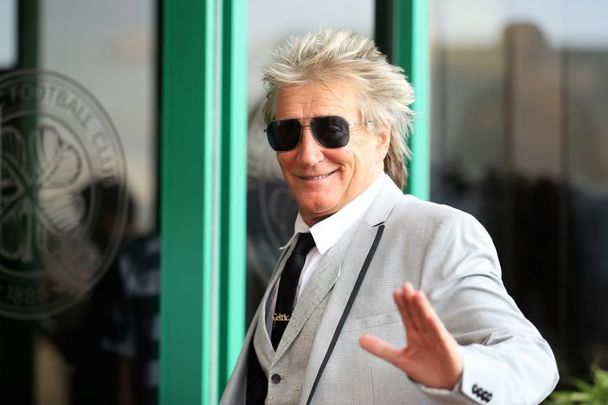 The rocker covers the Irish tune on his latest album

Speaking with Billboard, Stewart said how he was due to perform on BBC Radio this week, and asked if he could perform his 1976 song “The Killing of Georgie,” which is about a homosexual friend that was murdered.

Stewart then continued, “Also, they won’t let me sing 'Grace' because of its Irish, anti-English overtones in the song.”

The song, originally written in 1985 by Frank and Seán O'Meara, tells about the marriage of Joseph Plunkett to Grace Gifford shortly before Joseph was executed at Dublin’s Kilmainham Jail for his role in Ireland's 1916 Uprising.

“It’s one of the greatest love songs ever written,” says Stewart. “The guy goes to his death 15 minutes the next morning after he’s been married and I can’t sing that one either.”

Stewart’s cover of Grace is included in his latest album, "Blood Red Roses." He says he first became familiar with the Irish song about three years ago when he heard Celtic fans singing it.

The musician said he knew he had to include Grace in an album.

“I went over to Dublin and did my homework,” says Stewart.

“I visited the jail and went into the chapel where it all happened. So it means a lot to me, that one, it really does. There was no furniture in the jail apart from the bed of jail, no table, no bed, no chair, nothing.

“Just sat on the floor, and the glass that was there when I visited wasn’t there in those days, so the wind and the snow came straight into the cell.

“Man’s inhumanity to man never stops to astonish me.”

Rod Stewart is set to play in Cork, Ireland next summer.

What do you make of BBC preventing Rod Stewart from singing Grace? Tell us in the comments!