Steve Coogan has revealed the reason behind his now-famous performance of "Come Out Ye Black and Tans" on his show "This Time with Alan Partridge" on prime-time BBC. 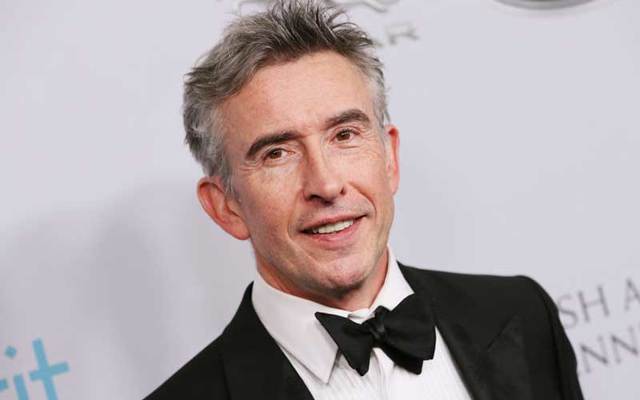 English comedian Steve Coogan revealed that he sang the Irish rebel song "Come Out Ye Black and Tans" on the BBC in 2019 as a private bet.

The actor and comedian, who plays the persona of Alan Partridge, famously sang the song on British national television in March 2019 while playing the character of Irish farmer Martin Brennan from County Sligo.

Both of Coogan's parents are Irish and he said that he thought the song would play well with his Irish audience if he performed it on his show "This Time with Alan Partridge."

"As someone who is half-Irish, I was hoping that my fellow Irishmen would appreciate it and they did," Coogan told RTÉ.

"It was kinda like a little in-joke, a private bet - I wonder could we get, just for the mischief, an Irish rebel song on primetime BBC One and we managed to do that. Hahahaha. In fact, we got two Irish rebel songs in!"

The second rebel song that Coogan performed was "The Men Behind The Wire," a song famously banned by RTÉ for its pro-IRA connotations.

Steve Coogan has made Alan Partridge react nervously and/or shocked, as most brits usually would with the mention of ‘black and tans’, ‘ira’ and ‘men behind the wire’. While also impersonating a man called Martin, an Alan Partridge doppelgänger. That’s one smart comedic cookie pic.twitter.com/jWFlx4UniJ

Despite running such a controversial song on primetime BBC, Coogan said that there was little resistance within the organization because the bit worked on an artistic level as well as fulfilling his own personal bet.

"It's an in-joke for us but it works comically because Alan Partridge plays a member of the establishment who is appalled by it and that’s where the comedy comes from so artistically it’s entirely justifiable but it also makes me have a private chuckle."

Coogan's performance as Martin Brennan, a doppelganger of host Alan Partridge, features a flawless Irish accent and his mannerisms only make the scene even funnier. The vocals for "When You Were Sweet Sixteen," the first song of the performance, also hit all the right notes.

The sketch is perfected by Partridge's awkward reactions as the group of Irish farmers becomes more daring in their choice of song.

The now-famous performance of "Come Out Ye Black and Tans" precipitated an uptake in interest in the song.  In January 2020, the song briefly topped the UK and Ireland iTunes charts in response to the Irish government's plans to commemorate members of the RIC in Dublin Castle.