A 1,000-year-old Ballyclog bronze handbell believed to be linked to St Patrick is now on display at the Ulster Museum in Belfast. 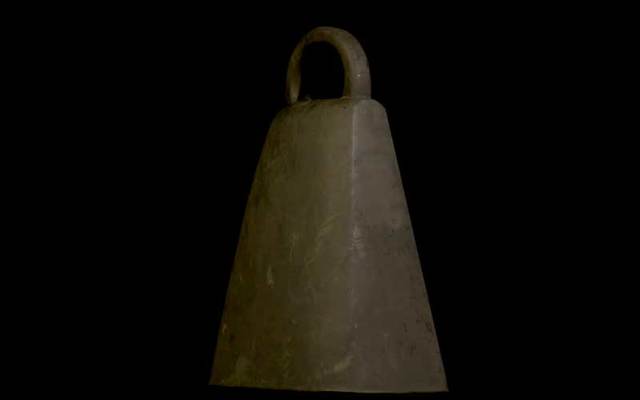 A 1,000-year-old Ballyclog handbell believed to be linked to St Patrick is now on display at the Ulster Museum in Belfast.

The Belfast Telegraph reports that the bronze bell, which dates back to the ninth or 10th century, was found in 2016 next to a shrine used to house the relics of an unnamed Irish saint.

Dr Greer Ramsey, curator of archaeology at National Museums NI, said: "Many hand bells were reputed to have connections to early saints so it was common for people to believe bells like this had miraculous powers, offering protection when taken into battle, they could ward off evil, cure the sick and of course tolled for the dead at funerals."

He said: "They may also have been rung as a warning in times of danger as during the Viking raids.

"Along with religious books and the hooked staff or crozier carried by a bishop, bells became potent symbols of the Christian faith and even feature on stone carvings from this period."

The bell was found near Stewartstown, Co Tyrone, in the parish of Ballyclog - which means “area of the bell.”

Dr Ramsey said: "The bell, along with these other finds clearly points to the existence of an early church site possessing high quality metalwork in keeping with its important status and role within the Ballyclog area of Co Tyrone."

The Belfast Telegraph reports the display was paid for by a grant from the Heritage Lottery Fund, which has also helped launch a community engagement program.

Stella Byrne, casework manager from the Heritage Lottery Fund, said: "The sound of bells ringing is a deeply rooted part of our heritage, calling people to worship, marking tragedy and celebrating joyous occasions. This bell and the associated education program will help people learn more about the early use of bells, skilled craftsmanship and monastic life."