Ireland's most famous dolphin has been missing for several weeks now. 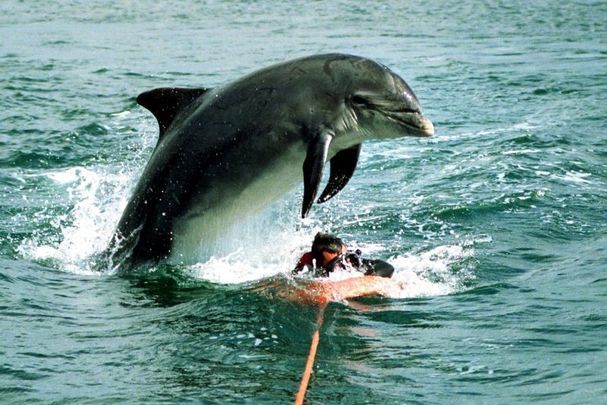 A new study published by the Irish Whale and Dolphin Group (IWDG) has provided a "faint glimmer of hope" that Fungie the Dolphin is still alive.

The study found that dolphins in the Shannon Estuary which were missing and presumed dead had simply migrated to other parts of Ireland.

Simon Berrow, the CEO of the IWDG and a lecturer across the study, said that the IWDG has been monitoring the Shannon Estuary's dolphin population since 1993 in an attempt to better understand mortality rates in dolphins.

The study, carried out by Kim Ellen Ludwig of Galway-Mayo Institute of Technology, found that dolphins missing and presumed dead in the Shannon Estuary had actually migrated to Tralee and Bandon Bays in Kerry.

The dolphins never returned to the Shannon Estuary once they arrived in Tralee and Bandon, Berrow said.

The IWDG founder said that the study provided faint hope that Fungie had not died as has been feared in recent weeks, rather he may have simply migrated to another area.

However, Berrow is almost certain that Ireland's most famous dolphin has died, due to his significant age.

The IWDG also said that there is little hope that Fungie is still alive. The group said that it is "more likely" that Fungie is, in fact, dead rather than missing "as the time increases without a sighting and the search effort continues".

Whether Fungie is alive or not, it seems highly unlikely that he will return to Dingle Bay, which he has called home since 1983.

"His legacy will live on for years," the IWDG said.