Happy birthday Katie Taylor! To celebrate we've planted her a tree in Ireland

Today is boxing legend Katie Taylor's birthday and to celebrate her sporting achievements and Irish pride, we're planting her an Irish Heritage Tree. 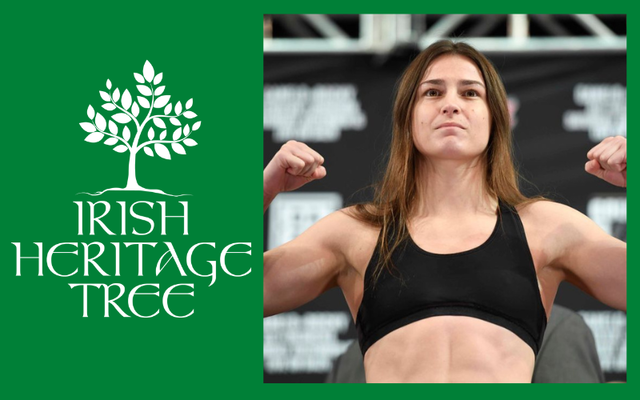 Today is the birthday of Irish boxing legend Katie Taylor and to show our appreciation for the sporting superstar, IrishCentral has planted a tree in Ireland in her honor.

Katie Taylor was born on July 2, 1986, in Bray, County Wicklow, and is a two-weight world champion and the current undisputed lightweight champion.

Happy birthday Katie Taylor! To celebrate her achievements in the sporting world and her global representation of Irish pride, we've planted her an Irish Heritage Tree.

Katie first began boxing at the age of 12 and was coached by her father, an Irish senior light heavyweight champion boxer. At 15 years old, she fought in the first officially sanctioned female boxing match in Ireland. She made Irish boxing history again when at the age of 18 she became the first Irish woman to win a Gold Medal at the Senior European Championships.

She won gold for Ireland in the lightweight division at the 2012 London Olympics, the first time women's boxing had been considered for inclusion and in 2016 she turned professional. In 2018, the documentary "KATIE" was released, which chronicled her early life and journey to her first title shot.

Watch the trailer for KATIE here:

During interviews over the years, Katie has expressed the importance of her strong Catholic faith in her life. Speaking with The Irish Times in 2021 she said, "We wouldn’t have had a lot of money growing up. We were a very, very poor family living in the roughest area but God chose our family and did something with us."

A much-loved sporting personality in Ireland, Katie is known for giving back whenever she can. In 2019 she appeared on the Late Late Toy Show to surprise eleven-year-old Ella, a mega-fan and fellow boxing lover.

Did you know you can stay at a Quiet Man-themed B&B in Ireland?

Diary of Co Armagh soldier, 17, killed at Battle of the Somme uncovered