Holidays the Irish gave the world - from Valentines to St. Patrick's Day

As Valentine's Day approaches, we took a look at some of the world-renowned holidays that can trace their origins back to the Emerald Isle. 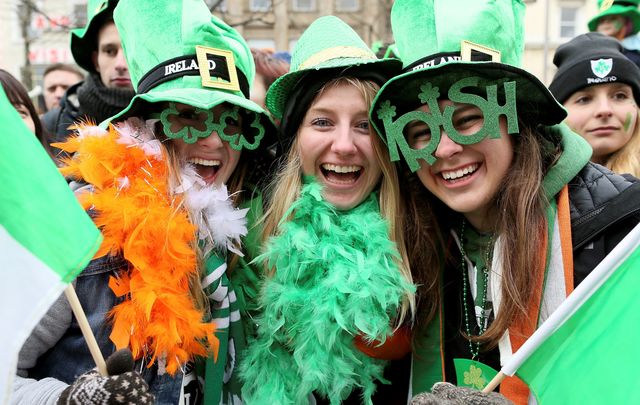 Is it our personality, our world famous friendliness, our sense of community or something inexplicable? Getty

The Irish are famous for giving the world the feast day of our patron saint: St. Patrick's Day, the day that makes everybody look back through generations and generations of their family history to find that little bit of Irish heritage that will give them a good excuse to party the day away.

Yes, you can't beat March 17 for Irish pedigree and global reach, but it's not the only major celebration we gave the world.

Here are some of the top internationally-celebrated holidays that you may not have known to have strong Irish roots, or at least some connection to the country.

Ireland's capital city Dublin is the final resting place of the Italian martyr St. Valentine, the patron saint of love.

Although executed in Rome and buried there in the 3rd century, in 1835, an Irish Carmelite priest, Fr. John Spratt, used his Irish charm to convince then Pope Gregory XVI to dig up St. Valentine’s remains and take them home as a gift to his fellow Irishmen and women.

Located at the Whitefriar Street Church on Aungier St., the burial site has since become a firm favorite for those seeking that special someone with whom to share their lives, as well as a shrine of appreciation for those loved-up couples wishing to say thanks to the saint that brought them together.

Otherwise known as the Celtic New Year or Samhain, Irish transplants brought Halloween to the New World with the first settlements.

Halloween comes from the ancient Irish festival of Samhain, a day when the undead are thought to walk among the living, and we must ward off the evil spirits.

Samhain marks the end of the long days and the drawing in of winter. In the same way, the Celts celebrated Lughnasa, the festival bringing in the harvest, Samhain represents the beginning of winter, the "darker half" of the year.

It's no wonder that the last witch hung in Boston was an Irish slave woman named Ann Glover. When tried in 1688, she spoke no English, only Irish, and like Cromwell who enslaved her as a girl, the judge was convinced that the language she spoke on the stand was devil talk.

The custom of Halloween was brought to America by Irish famine emigrants in the 1840s. The use of pumpkins for Jack-o-lanterns only started in America, as they are native to the country. In Ireland, they usually used turnips instead.

A footnote on three other holidays:

- Groundhog day is celebrated on February 2, just a day after the feast of Imbolc or St. Bridget's Day, a Gaelic festival marking the beginning of spring. Most commonly it is held on 1 February, or about halfway between the winter solstice and the spring equinox.

- Independence Day or the Fourth of July would never have happened if it weren't for all those Irish generals and Declaration signatories from Ireland.

- September 11 is forever associated with the martyrdom of Mychal Judge and other firemen, many Irish, who scaled stairs to save people and were the anchor of our hope on that awful day.

What's your favorite annual Irish holiday? Share in the comments!