"Living in the Landscape," now available on the IFI Player, delves into the history and creation of traditional tools used in everyday life in Ireland. 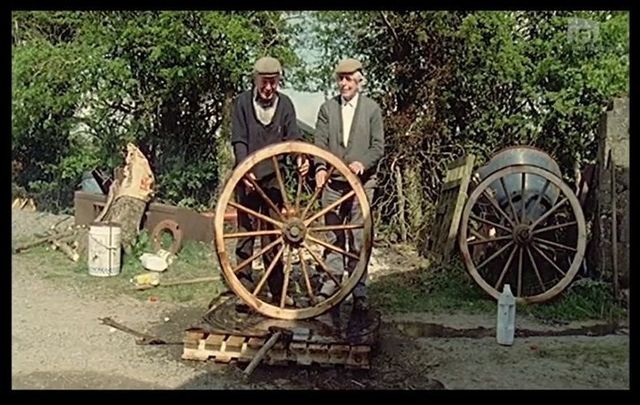 "Living in the Landscape" looks at the history and of Ireland's traditional tools. Irish Film Institute

"Hidden Treasures" is a highly acclaimed documentary series examining the history of Irish folklife, and it's now available to watch for free on the IFI Player from The Irish Film Institute.

"Living in the Landscape" is the second episode in the "Hidden Treasures" series which first captured the imagination of Irish people everywhere when it debuted on RTE in the 1990s.

Directed by Anne O'Leary, the four-part series "Hidden Treasures" offers a fascinating and intimate view of traditional Irish life and culture and provides rare glimpses of declining or long-forgotten traditions in Ireland.

Poet and writer Theo Dorgan narrates the documentary series which brings together restored 16mm field recordings (made by the National Museum of Ireland between the 1950s - 1970s) and contemporary material and interviews shot by Loopline.

These images emphasise the self-sufficiency of rural householders and craft specialists, as they utilise everyday materials to make practical objects for use in their daily lives.

"Living in the Landscape," the second episode in the "Hidden Treasures" series,  delves into the history and creation of traditional tools used in everyday life in Ireland– tools used for weaving bird cribs; thatching rooves, woodturning cart-wheels, and crafting spades, shovels, and horse-drawn ploughs.

Hidden Treasures is part of the IFI's Loopline Collection Volume 2, which you can learn more about here.

About The Loopline Collection Volume 2

Founded in 1992 by award-winning filmmaker Sé Merry Doyle, Loopline Film has created a wealth of important and diverse material on topics such as folklife, the arts, literature, politics, and inner-city life. We are delighted to now unveil the next tranche from the Loopline archive.

“Hidden Treasures” joins “Mná an IRA” and “Documentary Where Art Thou?” in the Loopline Collection Volume 2 that is available to watch on the IFI Player.