Tracing your ancestry - the Fahy clan

Check out the story of the Irish surname Fahy, its family crest, coat of arms, and famous members throughout history. 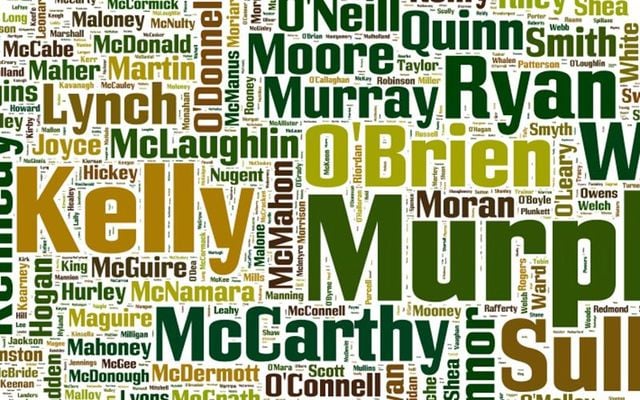 Know anyone called Fahy? How much do you know about their name's history.

Hailing from Galway and meaning "foundation" How much do you know about the history of the Irish name Fahy.

The name Fahy is O'Fathaigh in Gaelic, and probably originates from the word fothadh which means base or foundation. Another rarer English version of the name is Vahey and occasionally Fay, which has a different root except for occasional instances in Galway.

The name Green has been used as a synonym for Fahy, but this is believed to be another good example of the not uncommon absurd mistranslation of Irish names into English. A green or lawn in Gaelic is faithche, pronounced fahy.

Fahy, also spelled Fahey, is almost exclusively a Galway name, though it is also found in the neighboring County Tipperary.

Read more: Some of the most popular Irish surnames in the US, explained

A sept of the Hy Many, according to the renowned Irish historian and genealogist, Edward MacLysaght (1887-1986), the clan were headquartered in Loughrea until they were toppled by Cromwell in the mid-17th century. Their territory was known as Pobal Mhuintir Ui Fhathaigh, which means the country inhabited by and belonging to the Fahys. The name is still plentiful in the region and there is a village in the vicinity of Loughrea called Fahysville.

The best-known bearer of the name was Francis Arthur Fahy (1854-1935). From Kinvara in County Galway, Fahy was a songwriter and literary man who played a part in the Irish Literary Revival through his lifelong involvement with the Gaelic League and the London Irish Literary Society. He gained some notoriety as the writer of "The Ould Plaid Shawl" and other popular songs.

Other prominent Fahys include Francis Fahy, who was a member of the Young Ireland movement of 1848. A Father Anthony Fahy (1805-1871) built schools throughout Argentina and together with Thomas Armstrong from Longford, started a welfare system for new immigrants. The Fahy Institute in that country was founded to commemorate his life.

In Irish political life, there have been a number of Fahys and Faheys. Yet another Francis Fahey (1880-1954) was a veteran of the War of Independence in Ireland and became Ceann Comhairle (Speaker) of the Dail (Irish Parliament) from 1932 to 1951.

Read more: Are you Irish? These are the best ways to begin researching your Irish roots

A T.D. (a member of parliament) for the Galway West constituency is Frank Fahey who is Minister of State at the Department of Enterprise, Trade, and Employment with special responsibility for labor affairs.

Noel Fahey was Ireland's Ambassador to the United States, a role he took on in September 2002. He was previously ambassador to Germany.

In the Irish media, Sean Fahy (b. 1924) was editor of the Connacht Tribune newspaper for many years and Jim Fahy (b. 1946) is a news correspondent for RTE, the national broadcasting company.

On this side of the Atlantic, during the Civil War era, one of the quartermasters with the Irish-American brigades in New York was Captain John Fahy. Earlier, in 1825, a grant of arms was made to Rear-Admiral Sir William Charles Fahie, President of the Council of Tortola, son of Anthony Fahie of the island of St. Christopher in the West Indies.

In the entertainment business, contemporary bearers of the Fahey name include guitar player and composer John Fahey who made over 30 recordings since he began his career in Maryland in the late 1950s and actor Jeff Fahey  who appeared in the horror film "The Lawnmower Man" as well as in the popular teen television series "Buffy the Vampire Slayer."

Read more: These Irish baby names are becoming super trendy in the US