Born again as I walked the ancient land of Ireland

An Irish American girl experiences rebirth as she walks the rugged landscapes of Inisheer, one of the three Aran Islands in Galway Bay 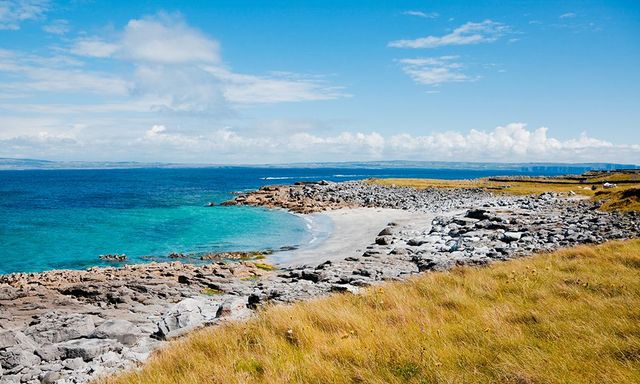 An Irish American girl experiences rebirth as she walks the rugged landscapes of Inisheer, one of the three Aran Islands in Galway Bay

I was reborn on a tiny island off of Ireland. Before traveling to Ireland a little over a month ago, I had only left the United States once. When I was 12-years-old I came to Ireland with my family for a week. At 12, I was still a wide-eyed child. I could turn in any direction and know that what I saw would be new, unknown, and exciting. There was no urgency, or even desire, to understand what I saw, just a raw sense of delight in its novelty.

We expect that sensation to dull as we mature — the more we are exposed to new things the more we get used to the process of observing, understanding, and mentally cataloging the experience.

I knew that traveling to Ireland on my own at the age of 20 would be different from my first visit. How could it not be?

While I expected to be learning new things about Irish history and culture, I did not expect to revert to my twelve-year-old self. For not only was I was seeing parts of the world I had never seen before, but I was amazed that I was learning about the world in ways that I never knew I could. I wasn’t just seeing different things, I was seeing differently.

Read more: Where to find Ireland’s most mythical locations

During the first few weeks of this trip, I took an Irish Folklore and Ethnography course at UCC. As a class, we took a weekend trip to Inis Oírr, the smallest of the Aran Islands. It was already dark when got off the ferry so I had to wait until morning to experience the “breathtaking scenery” that I had heard so much about. 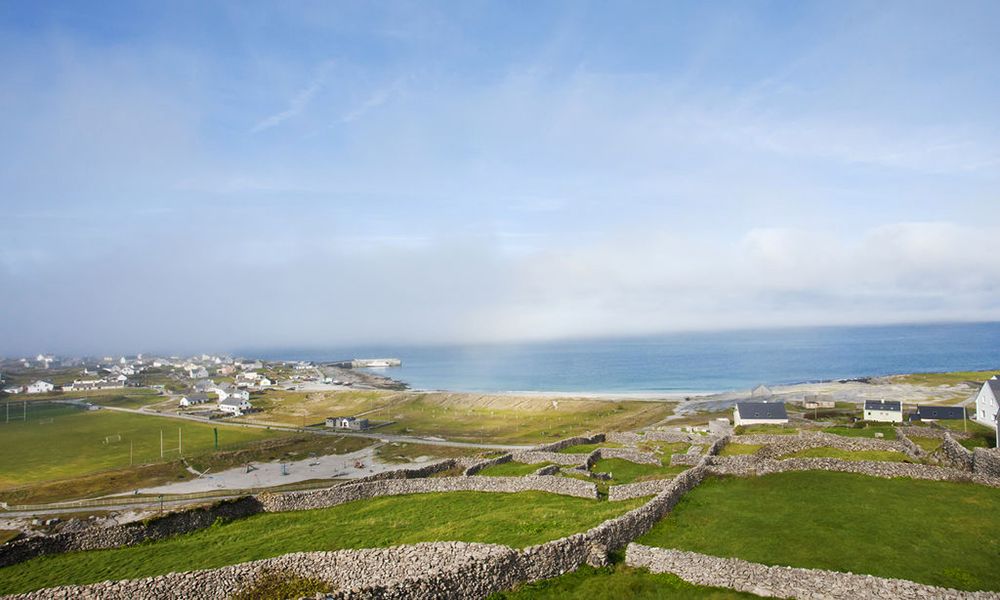 The island is home to roughly 300 residents and a small number of businesses geared towards tourism. After a night of sing-along in the cozy pub, I woke up early the next morning eager to spend the day exploring the island.

I walked the entire island (it is less than 3km around) in the course of the day. Though my fellow folklore students were also exploring the island, I tried my best to experience Inis Oírr alone, to make sure my reactions to the island were solely mine and not altered by the impressions of others.

I was awed. The rugged landscape and unique flora and fauna were like nothing I had ever seen before. I spent the day traipsing through rocky fields, singing, conversing with horses and cattle, and absorbing the sun while sprawled on rocks by the shore. 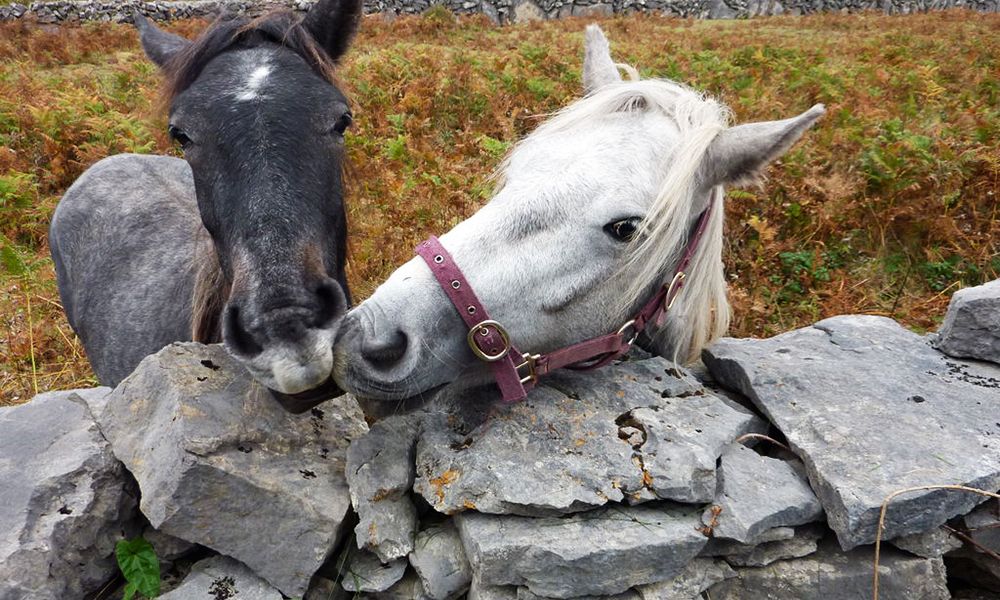 Friendly horses grazing in the fields of Aran Islands

I had experienced beauty before that day—babies falling asleep curled in their mother’s arms, silent early morning snowfall in Maine, the Cliffs of Moher—but something was different about Inis Oírr. I don’t think I’ll ever be able to pinpoint the difference. It may have been its Utopian quality. There are no police on the island because as a resident explained, “we don’t really need them.” I found that the pleasant nature of the local residents perfectly complemented the natural beauty of the island. As I was walking alone a woman pulled over her car, rolled down the window, and after greeting me invited me to a concert that was taking place that night.

So what does this have to do with my young, twelve-year-old self? Well, the island is untainted by many of the things that tarnish the modern world —materialism, money (there is no ATM on Inis Oirr), structural development (the island did not get electricity until the 1970s). This pure setting fostered a child-like experience. Not only were the things I experienced on the island new to me, but Inis Oírr made me feel new as well. While I was on Inis Oírr, I felt like a naïve child seeing the world for the first time. 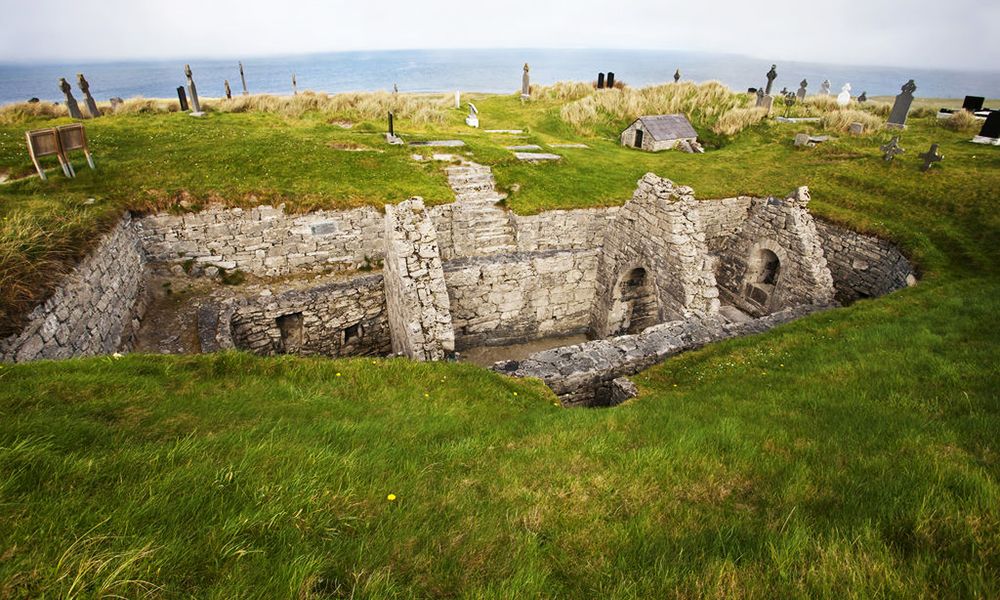 Walk the ancient land of Ireland and witness its magic in Inis Oirr (Inisheer), one of the Aran Islands

Bob Dylan is one of my favorite writers. Out of all the man’s genius lyricism, prose, and poetry—verse that trails on for pages upon pages—his words that I reflect on the most come from his song “Subterranean Homesick Blues.” He sings, “Get born.” Though I have often meditated upon this phrase, it was not until that day I spent on Inis Oírr that I felt those words pulsing through my body. We must continue to be born. Though periods of stasis are inevitable, one must always leave open the opportunity for rebirth if personal growth is to occur. We often can’t foresee when this will happen; at least, I haven’t been able to. But when I was exploring Inis Oírr, I looked out over the island and tears came to my eyes (yes, this really happened). I knew that I was being “born.” Something happened that made me feel like I had just opened my eyes for the first time.

My visit to Inis Oírr was when I experienced rebirth most vividly, but my time in Ireland has provided me with countless moments that have forced me to be new, and see the world with new eyes. It happens daily. So, like Dylan, I urge everyone to “get born.” Though the unknown is often a source of great fear and anxiety, really, it is the moment that we are no longer able to see things as a child sees them that we should fear the most.