Struck by an enemy German fighter plane this Irish American WWII hero was inadvertently ejected out of the rear of the plane without a parachute. 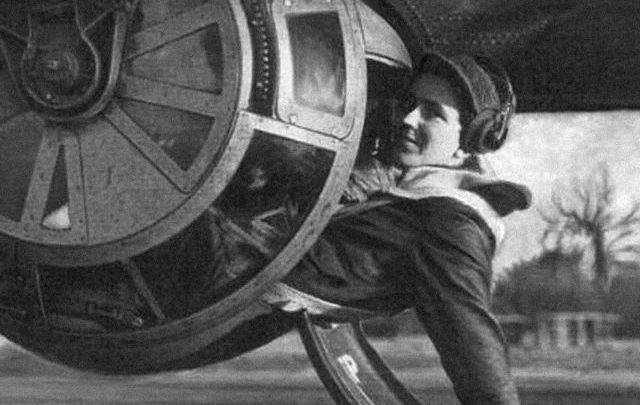 An incredible story of survival, Alan Eugene Magee was ejected from a plane fell over four miles, landed on a roof and survived to live into old age!

Alan Eugene Magee was born on Jan 13, 1919, in Plainfield, New Jersey, the youngest of six. Following the Pearl Harbor attacks, Magee enlisted in the United States Army Air Corps, in 1941. He was posted to the 360th Bomb Squadron and the 303rd Bomb Group as a Ball Turret Gunner on a Boeing B-17 Bomber known as "Snap! Crackle! Pop!"

On Jan 3, 1943, Magee is taking part in his seventh mission, carrying out a daylight bombing over Saint Nazaire, France on "the Flying fortress" in a squadron of 17 aircrafts. The target of the mission was a torpedo storage area near a heavily fortified submarine port.

Magee desperately clambered out of the turret, up onto the deck. He discovered his parachute was damaged beyond use. Then bang!

The B-17 was struck by an enemy German fighter plane, obliterating the starboard wing and engulfing the B-17 in flames. As the aircraft spiraled towards the ground in free fall, Magee was inadvertently ejected out of the rear of the plane at 22,000 ft, without a parachute.

Magee lost consciousness before falling out of the aircraft. He awoke in free fall and prayed for dive intervention before passing out a second time from hypoxia. At 22,000 ft, over four miles above ground, Magee would have been falling for over two minutes from the sky traveling at an estimated 120mph.

Magee crashed through the glass roof at Nazaire train station and was discovered some time later suspended on a steel girder miraculously alive. It's believed the glass roof cushioned the impact of the fall.

To put this miracle into perspective, in 2000, 650 Americans died from falls involving beds, chairs and other furniture.

Magee was apprehended by German forces. He received medical treatment and made a full recovery. Magee spent the remainder of the war in a German prisoner of war camp until liberation in May 1945. He was awarded The Purple Heart and The Air medal for Meticulous Conduct.

Two other crewmen, Herrington and Gordon, survived the incident by jumping from the plane and successfully setting off their parachutes, landing in the sea close to the shore. They were quickly apprehended by German forces and Herrington had to have one of his legs amputated.

After the war, Magee earned a pilot's license and worked in the airline industry until retiring in 1979.

In 2005, Magee returned to St. Nazaire, accompanied by his wife Helen, for a ceremony commemorating the 75 airmen that perished on Jan 3, 1943, including his seven fellow crewmen that went down with the plane. Magee was also made "Citizen of Honor" by the mayor of St. Nazaire.