$1m raised to save USS The Sullivans, dedicated to five Irish brothers who perished in WWII

With the help of local donors, naval contacts, and foundations, the Buffalo and Erie County Naval & Military Park has now raised more than $1 million to repair the destroyer. 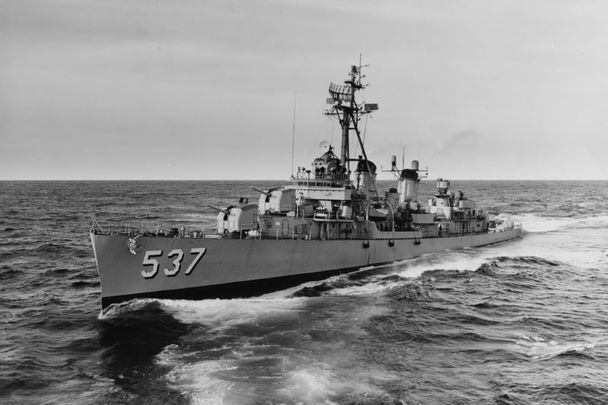 The community in Buffalo, New York, has rallied together to help raise more than $1 million and save the USS the Sullivans after reports emerged that the old destroyer was listing and taking on water.

The ship pays tribute to the five working-class Sullivan brothers who all perished on the same day in the Second World War when the USS Juneau was torpedoed by the Japanese in the Pacific Ocean in November 1942.

It is now housed in the Buffalo and Erie County Naval & Military Park, which announced in February that the ship was in danger of sinking and called on the public to make donations to help keep it afloat.

Local Buffalo residents and those from further afield rallied to the call, quickly raising enough money to cover the cost of emergency repairs.

With the help of local donors, naval contacts, and foundations, the park has now raised more than $1 million and is not only able to repair the ship but will be able to start an endowment that will continue to protect the ship in the future.

The park received contributions from donors in 26 states and seven countries, while the Save America's Treasure foundation made a high-profile donation of $499,000.

Park president Paul Marzello said that he was "overwhelmed" by the public support for the ship.

"We had a plan in place. We just didn’t think it was going to be mobilized in such a short period of time," he told the Buffalo News.

He said that people as far away as Australia and Japan have made donations to save the ship and added that plumbers and welders had offered to donate equipment to help remove water from the ship's hull.

The significant donations allowed the naval park to hire Buffalo Industrial Diving Company in September to apply an epoxy coating to the entire exterior hull, creating a watertight barrier that will protect the ship's thin outer steel.

About a quarter of the repair work has been completed to date, but the company was forced to halt work last week due to a drop in tempertures, which affects the epoxy's ability to bond to the ship. The work is scheduled to resume in April.

Marzello said in March that the destroyer was not built to last and added that it had far outlived many other naval destroyers.

"She was built to last about 20 years. Destroyers by their very nature, are built with a very thin layer of steel because they’ve got to be fast and maneuverable," he told Navy Times.

"Seventy-eight years is a long time to keep these ships in condition to be floating, especially when we want to use them as a museum piece and use them as an educational tool."

The destroyer took on an estimated 20,000 gallons of water last winter, leading to fears about its immediate future.