The first-ever licensed excavation of a US warplane on Irish soil took place in Castleblaney, County Monaghan. 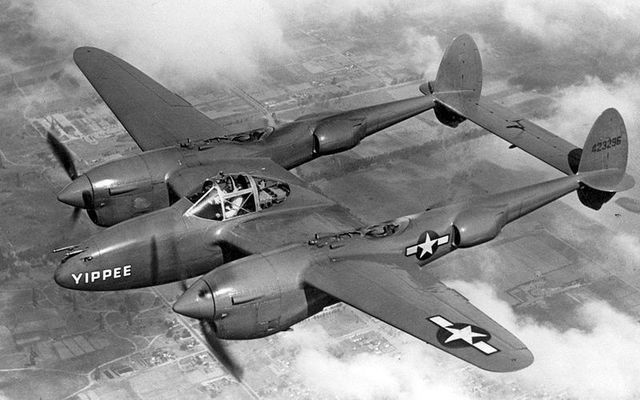 The first-ever licensed excavation of a US warplane on Irish soil took place in Castleblaney, County Monaghan on June 29, 2019.

Second Lieutenant Milo E. Rundall was flying the P-38 Lightning aircraft on December 17, 1942, when he went off course and had to bail himself out.

In 2019 a team comprised of workers from the Monaghan County Museum, surveyors from Queen's University Belfast, and students from Foyle College in Derry and Ballybay Community College in Monaghan undertook the first licensed excavation of an American fighter plane on Irish soil.

In a field near Castlebalney, County Monaghan, on December 17, 1942, 2nd Lieutenant Milo E. Rundall crashed the P-38 Lightning plane he had been flying from Langford Lodge, a Royal Air Force base near Lough Neagh, to his home base, US Army Air Station 344 at Eglinton airbase (today's Derry City Airport).

According to RTÉ, the 22-year-old Lieutenant from Iowa bailed out when his fighter plane ran out of fuel and landed safely in Northern Ireland, but his plane wound up in a field in Monaghan near the Northern Ireland border.

The Irish Defence Forces removed most of the plane's wreckage the same year, but earlier in 2019, a fresh survey of the land revealed that many pieces of the aircraft were buried beneath the soil.

Having secured the necessary license to excavate further, the team conducted excavation work this past weekend, discovering many new pieces of the plane, including sections from the cockpit and bullets from its machine guns.

The P38 Lightning which crashed landed in Monaghan during WW2 is being excavated today. The finds will form part of our...

"This excavation will be the final project in our three-year examination of the impact of the Second World War on our border county.

"The retrieved items will be preserved and put on display as part of our nationally acclaimed exhibition The Monaghan Spitfire - Life On The Border With A World At War, which runs in the museum until the end of 2019."

According to the website Foreign Aircraft Landings in Ireland - WW2, Lt. Rundall provided a detailed account of the accident, recalling how he was delayed taking off and separated from the rest of the crew - including the only pilot with a map, whom he was meant to be following. Uncertain of where he was due to the poor weather conditions and running low on gas, he realized he had no choice but to eject himself.

He was in free fall for 5,000 feet before realizing that his parachute hadn't broken loose as he feared and pulling the ripcord. Once on terra firma, he met a man named Art Hughes who informed him that while he was in Northern Ireland, his plane had crashed in a field in the Republic of Ireland, and helped him contact his airbase.

This would not be the scariest moment of Lt. Rundall's WWII career. Just a few weeks later, his plane was shot down in North Africa and he was taken as a prisoner of war by the German forces. He was freed in 1945 and returned to Iowa.

Lt. Rundall died in Cedar Falls, Iowa in 2006, but the excavation team are in touch with his daughter, Merryl Rundall.

"This dig is pretty cool – my father would say 'I just did my job; why would anyone care about my old P-38?'" she told the Press Association.

She added that she is getting her passport renewed so that she can visit the Monaghan exhibition and her father's old airbase later this year.