Stories from an unconventional lucky life, from an orphanage to fighting and surviving World War II. 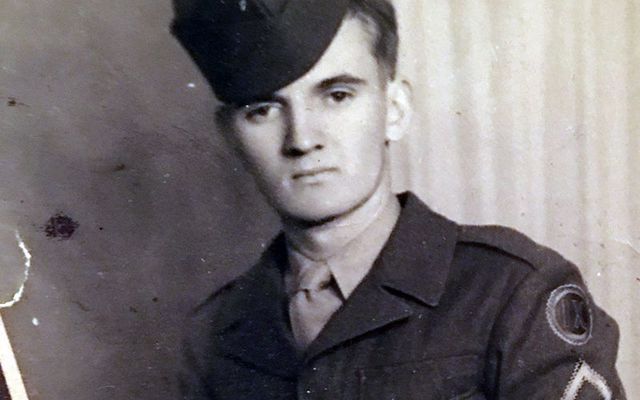 My father loved to pass along stories to me about his unconventional childhood. He never did it seeking sympathy - he just knew a good story deserved to be remembered. A photograph of him in his Army uniform dated 1947 sits on my mantle and each time I pass it I smile and remember his story about how desperate he was to join the Army back in the late 1940s.

My father spent his childhood in an orphanage in New York after his parents died a year apart in 1933. He never complained, in fact, he considered himself lucky that he was cared for and fed. And, he loved the nuns who were always kind and loving to him.

His brother's name was Walter, but everyone called him Connie. Connie was six years older than my father and when their parents died he was sent to Lincolndale Agricultural School for Boys, in Lincolndale, New York. The school, which was a Catholic charity and once run by Barnabas McDonald, opened in 1912 for orphans to be trained for agricultural and industrial work. Because they were in different locations the brothers had little contact for many years. My father had heard Connie joined the Army. 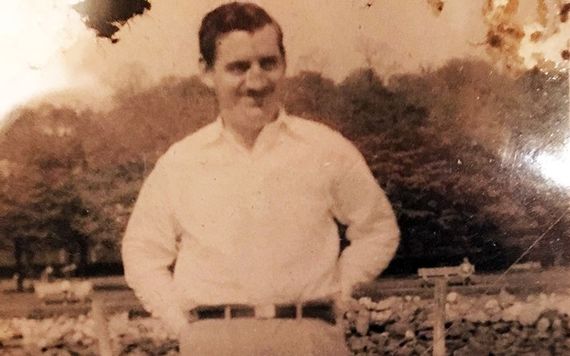 As my father aged out of the foster care system in New York he weighed his options for his future and he decided joining the Army was his only option. Sure, he wanted to serve his country, but he also looked forward to the consistency of three meals a day, a warm bed and the possibility of two pairs of shoes. To his dismay, the day he went to his local recruiting office to enlist my father was turned away because he was deaf in one ear. He was also under the age of eighteen. He hadn't seen or heard from his brother, Connie in many years. My father told me he went back to the recruiting office weeks later and gave them his brothers name. They asked him where he had been, and he was to report back to duty right away. Apparently, the Army thought Connie was AWOL. My father said he gladly served time in confinement for his brother as punishment for going AWOL.

Connie was a Ranger and a trained paratrooper. My father, on the other hand, was known to get motion sickness. He didn't like planes or boats. According to my Dad, one day he boarded an airplane and was told to put a parachute on his back. He was very uneasy about getting on the plane in the first place, but while the plane was thousands of feet in the air, the door of the plane suddenly opened, and the other soldiers began jumping. The sergeant turned to my father and told him to jump. My father turned white as a ghost and confessed, "I'm not who I said I am. I'm not Connie Concannon. I'm his brother and I haven't gone through any training to jump from a plane. I can't do it."  He told me he was hanging on to the interior of the plane for dear life.

My father said the sergeant and his superiors thought the incident was so comical they somehow made it possible for my father to stay in the Army and serve under his own name.

He couldn't wait to tell Connie the story one day.

What my father didn't know at the time was Connie wasn't AWOL at all. He was captured in Italy on November 4, 1943, and then taken by box car to Germany where he was held as a prisoner of war for the next eighteen months. I only met my uncle Connie a handful of times. He was very much like my father - gentle, patient, loving and kind. I found myself wishing I had asked my father more details about Connie before my father's death in 2001. I wished I had known more details about Connie and his service during WWII.

And then I found the letters.

It seems I wasn't the first writer in our family. After returning home from the war in 1945 Connie would later write many letters to different editors at various newspapers in the United States encouraging Americans to remember our POWs in Vietnam. 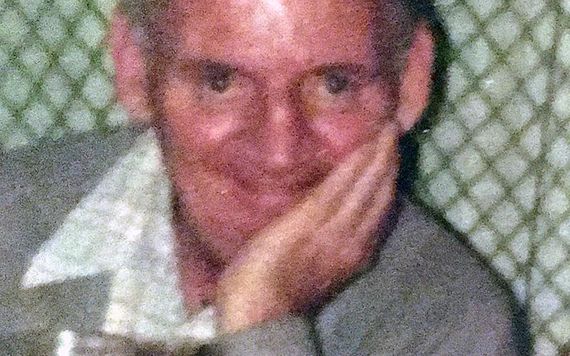 Uncle Connie, a voice for POWs and Vets after World War II.

Connie became a strong voice for POWs and he later became an advocate for veterans in recovery from alcohol addiction. Connie worked at an Alcohol Treatment Center for veterans in Denver, Colorado at the time of his death. In a letter his supervisor sent to our family he described Connie's contribution to the Center, "Connie was an extremely sensitive and caring person. Over the years he has quietly entered the lives of so many people and perhaps the totality of his loss will be felt for a long time to come."

In a letter, Connie wrote after he had returned home he described how he had to share a pound of black bread and a hunk of salami with nine other soldiers each day. He described the fear he felt being made to march with his hands over his head never knowing whether or not he would be shot. And after returning home he also described the glorious moment he first saw The Statue of Liberty again, "It was one of the most beautiful sights in the world."

Connie said when he returned home he appreciated America so much more than he ever had before. My father often shared the same sentiments regarding America. He appreciated how he was cared for as a young orphan and later how he was allowed to stay in the Army after pretending to be his brother. He explained it wasn't his nature to lie but rather he was just a young man trying to survive on his own in the late 1940s.

Eddie and Connie Concannon had very similar personalities. They were soft spoken and gentle. They were good to people. They were kind and compassionate toward strangers. They appreciated what little they had. They loved America and they proudly served their country. The Army grew and shaped both brothers to become the caring and grateful men they were. They were special and I'm proud of both of them.