Irishman, formerly an addict and alcoholic, breaks record rowing across the Atlantic

Gavan Hennigan, from Galway, has now broken records by rowing across the Atlantic Ocean in a competition, which, ironically, is sponsored by a whiskey company. 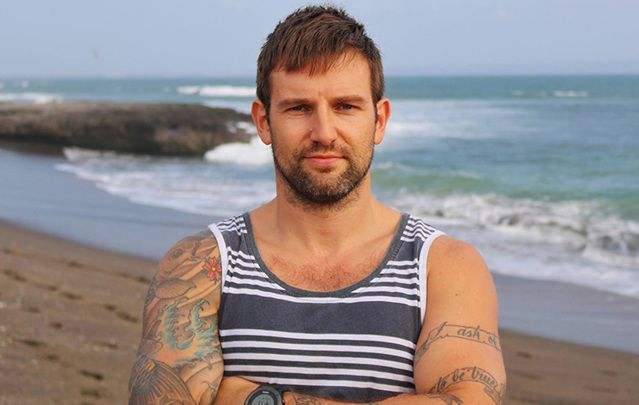 An Irishman who was once an addict and suicidal alcoholic has turned his life and become a record-breaking endurance athlete who has broken a record rowing across the Atlantic.

The Irish Mirror reports that deep-sea diver Gavan Hennigan, from Galway, was once an alcoholic who only got out of bed in the morning to smoke heroin. He lived in a squat for 15 years and attempted to kill himself because he struggled with the fact that he was gay.

The inspirational 35-year-old has now broken records by rowing across the Atlantic Ocean in a competition, which, ironically, is sponsored by a distillery.

The race began on December 14 on La Gomera, a small island in the Canary Islands, with 12 boats.

Hennigan, who was one of four solo entries, held off the challenge of a three-man American team, to finish the race in third place. The two boats were separated by only 30 minutes after 49 days of relentless ocean rowing.

Hennigan, who had to endure tropical storms, sleep deprivation, sweltering heat and other challenges, burnt over 8,000 calories a day and lost approximately 20 percent of his body weight over the course of the race.

When he finally arrived at Antigua, he raised the Irish Tricolour to salute the large crowd gathered to watch him complete the race.

Gavan Hennigan, from Galway, holds up the Irish flag after rowing across the Atlantic.

”I’m so proud to have done this. Not many Irish have attempted a solo row across the Atlantic and I feel I've done it in style,” he says.

"I had so many messages of support. I’d get up some days and I’d be struggling, but when I read the positivity in those notes and comments from complete strangers that would motivate me to get back on the oars and do it for them.

"To do it for Ireland. The last seven days have been relentless. At times, I’ve rowed up to 19 hours a day and yesterday when I woke up, I decided it was time to finish this.

"I’ve rowed for the past 14 hours straight. I gave that my all.

"This has been a life-changing experience. I’ve experienced the beauty of the Atlantic sunsets and sunrises, the thrill of open ocean row boat surfing, the despair of driving headwinds and the joy of arriving back on land today.

"For the past 49 days I’ve had one single goal. To live life. I’ve embraced every minute and I’m so happy to be here finally. I'd like to thank Talisker and Atlantic campaigns for giving me the opportunity to make this journey. I'll never forget it.”

Hennigan, who since turning his life around has competed in Ultramarathons and Iron Man challenges, has adventured in all seven continents to raise money for local Galway charities Cancer Care West and Jigsaw West.