When we think of children's street songs we think of light-hearted rhymes that go along with their games but here in Ireland there was one exception - Weile Weile Walie! 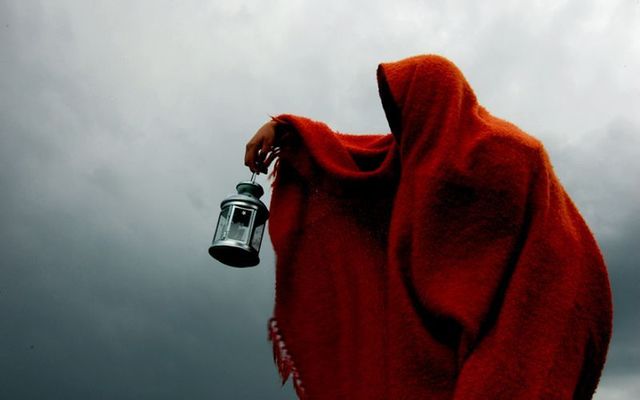 The protagonist of Weile Weile Waile is an old woman who lives in the woods. Getty Images

When we think of children's street songs we think of light-hearted rhymes that go along with their games but here in Ireland there was one exception - "Weile Weile Waile"! We take a deeper look at this unusual song.

This street ballad was a popular one with children even though its subject matter was a very dark one. "Weile Weile Waile" - sometimes spelled "Weile Weile Waila" or "Weile Weile Walya" is considered a child's ballad in Ireland while others may categorize it as a murder ballad, one not at all suitable for kids!

It details an old woman who lived in the woods and stabbed a three-month-old baby with a penknife 'long and sharp.' It is, of course, a gruesome ballad and one which, in today's politically correct world, would not be ideal to hear coming from the mouths of babes! But this is an old ballad, from a time when poems and songs were used to scare kids away from places such as the dark woods.

The Clancy Brothers were the first artists in Ireland to take the children's ballad from the streets and record it for the masses in 1965. The Clancy Brothers rendition of "Weile Weile Waile" appeared on 'Recorded Live in Ireland' but its popularity grew when the Dubliners recorded it for their 1967 album 'A Drop of the Hard Stuff'. Ronnie Drew's gritty tone does immense justice to what is essentially a gritty song and in 2008 it was sung at Ronnie's funeral.

In 1995, "Weile Weile Waile" appeared on the album 'Songs of Dublin' and it is with the capital city that the ballad is closely associated. It is said that the ballad was used to frighten city children away from the countryside.

It was in America that the ballad first appeared in print. Boston folklorist and first professor of English at Harvard University, Francis James Child collected a vast array of folk songs from Ireland, Scotland, England, and Wales. In 1898, he anthologized them in a 2,500-page book titled 'Child's Ballads' and among them was a song from Ireland about the woman in the woods.

But "Weile Weile Waile" is said to be much older than that.

The graphic lyrics in which a woman mercilessly kills a child can be traced back to the famine era where there are reports that some mothers who were unable to feed their babies resorted to infanticide.

"Wailowai" was an exclamation of utter grief from the 10th century and as the language changed over time so too did this word, transformed into "Weile Waile" which became a popular turn of phrase in and around the Dublin region in the 1800s. The words Weile and Waile can also be linked to the words weeping and wailing which are popular terms for an outburst of sorrow.

The murder ballad sung in comedic fashion has over time gained new lyrics, some to coincide with modern times. One such lyric which was popular in the 1970s states how "they took her away in a black maria....and tied her up with old barbed wire."

Another addition, one which The Dubliners included in many of their live performances, was the inclusion of "three policemen and a special branch man." Another addition that was sung by kids in the 1960s was the line "they put her in a coffin and she fell through the bottom!"

Across the Irish Sea, there are other children's street ballads based on the same dark subject. "The Cruel Mother" was a popular folk ballad in England which detailed the dastardly deeds of a murderous mother while in Liverpool a similar song was called "Old Mother Lee".

"Weile Weile Waile" may not be as popular as it once was, no doubt due to its content which is consisted too dark for children to be singing on the streets these days, but "Weile Weile Waile" perfectly sums up how the folk ballad tradition here in Ireland can turn a subject such a merciless murder into light-hearted verse!